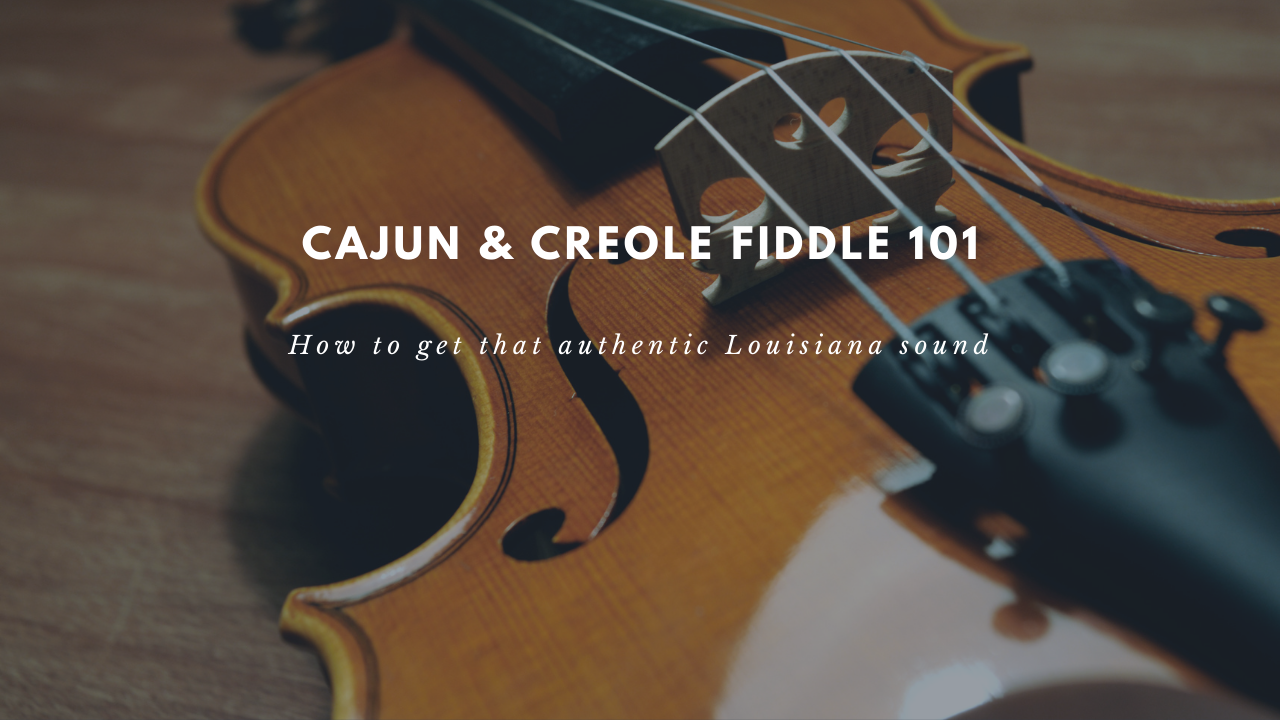 Hi! I thought I would like to give a quick tutorial on the Cajun fiddle and how to get those Cajun sounds, Creole sounds. So I’m gonna just kind of give a brief little instruction tutorial on those things.

One of the first things I’ll have to start with is that if you’re playing on a string…[00:29] you want to rock and catch the string below it or the string above it and catch a drone. So you get…[00:40] So this is one of the main things in Cajun and Creole fiddles. You’re doing two strings…[00:48] You’re playing the melody on one, so here I’m playing the melody on the A string, and then when I’m playing the melody on the A string I’m catching the low D string with A…[01:00] And then get that kind of thing. With Creole music, you get a lot of slides…[01:10] So there I’m just doing some slides…[01:15] Catch that open string next to it…[01:25] Alright!

The other thing in Cajun fiddle you do a lot of is seconding, or chords, behind the accordion. So this is how I play the G chord. I put my first finger barring across the low G and D… [01:54] Alright! And I get this kind of shuffle bowing…[01:58] So there I was doing a shuffle bowing even when I’m playing on top of the melody when I’m playing the melody… [02:39] So it gives me that kind of effect.

Let’s talk a little bit about the Waltzes. Waltzes are really big in Cajun music. So there are two kinds of shuffle bowing you can do for Waltz. You can either just bow the beat…[03:10] So if you’re playing a melody…[03:16] And then add that bowing to it…[03:25] Alright! So that’s a good way to do a waltz.

You can also do a one and two and three and…[03:30] and this kind of gives you a little bit more rhythm in the Waltz shuffle so…[03:43] So that’s your Cajun Waltz, your Cajun two-step.

We also play things called reels and let me play a quick reel for you all. This is a reel by Dennis McGee and it’s called Adieu Rosa…[04:30] So not really that fast. We don’t play really fast reels but it's very soulful, a lot of slides, some grace notes in there, a few grace notes.

So just to kind of sum up this little brief tutorial on Cajun fiddle, basically I’m just playing a melody, then I’m trying to catch a drone string, and then just adding some decoration. The last thing is just filling it in with rhythm, a lot of bow rhythm.

So if I’m playing just some simple melody…[06:19] The next thing I want to add is just catch some open strings with that melody string…[06:30] If I’m doing a slide there…[06:36] Then the next thing is just give it some kind of shuffle, one and two and or if I’m happy you’re happy… [06:46] And there you have it, Cajun fiddle 101, very quick tutorial but I’m gonna be in iFiddle Magazine, and I’m gonna talk about all this stuff in a little bit more detail. So check it out, thank you for joining me and I’ll see you in iFiddle Magazine.