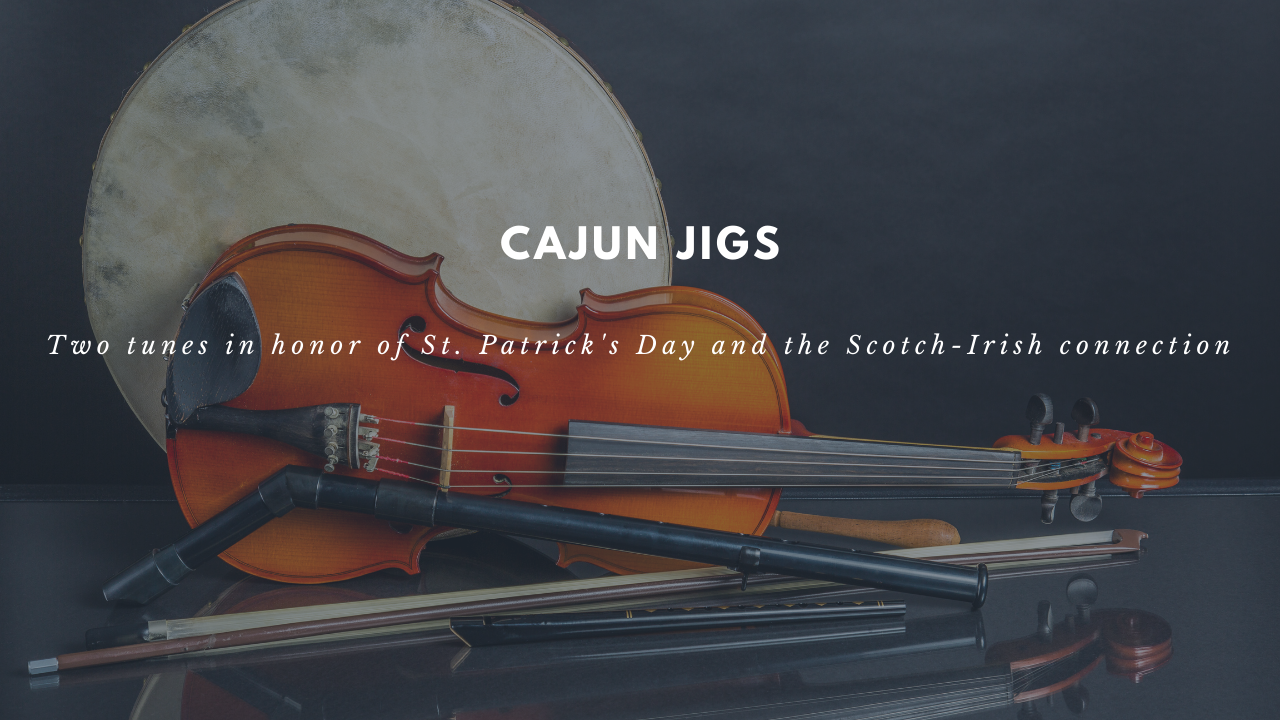 Hi, I’m Mitch Reed. Welcome to my vlog and today I’m going to talk a little bit about the Celtic influence or maybe even the Scotch-Irish influence in Cajun music. I do that quite often and I do love Irish music but it is St. Patrick’s Day weekend and I just thought it would be kind of cool to talk about a few tunes in Cajun music that we play that are actual jigs, that are in 6/8 time.

So what makes a jig is the 6/8 timing so the 1-2-3, 4-5-6, 1-2-3, 4-5-6. The most popular one that we have is the old, old French tune called Saute Crapaud. That just means 'jump, frog', or 'leap, frog'. It’s got a bunch of verses and a story to it. But it is a jig and when I started playing fiddle, I also played Irish fiddle as well. I met a guy from Mamou who actually played a jig on the Cajun accordion. He learned it from an old man who played with The Balfa Brothers and he was a Fontenot.

His name was Hadley Fontenot. He called this tune Fontenot’s Jig. I’m going to play that for you. I thought that would be fun just to share that with you. So this is called Fontenot’s Jig, a Cajun tune. [1:32]

Alright, Fontenot’s Jig. Hadley Fontenot was from Mamou. He played with The Balfa Brothers. In fact, he played on the Yellow Album, the classic Yellow Album everybody refers to, and he was a great accordion player. What I hear in that tune which is really cool is it sounds to me like the Arkansas Traveller, which is played in 6/8 time.

So a lot of those standard fiddle tunes, what we call standard fiddle tunes today, that you find all over the country kind of made their way around the country in the old days. I think there is a big connection with Appalachia and Evangeline parish. Some of the research that people have done found that during the Spanish land grants a lot of people from Virginia especially came to settle in Evangeline parish. They settled in areas around L’anse Maigre, Mamou, Ville Platte, Chatagnier, those areas, so that’s why you have the names like McGee, McCullen, McDaniels, Reed, Tate, it goes on and on, Scotch-Irish names. So definitely I think there was an influence too with the music. Even the Balfa’s that we call them, Dewey Balfa, were Balfours, which is a Scottish name and they also came from Virginia, so they must have brought music with them. And it must have made an impression on Cajun music.

There was a really interesting character- you can find him on YouTube- his name was Isom Fontenot and he was from Mamou and played harmonica. He was an amazing harmonica player. That tradition in Cajun music has kind of died out it seems, but he was a very inspirational person to the Mamou people back in the ’50s and '60s and he played a great version of Saute Crapaud which is another Cajun jig so I’m going to play that and it goes like this [05:18]

Alright, well happy St. Patrick’s Day. I hope everyone has an awesome Saturday, drink a pint, play a tune, stay inspired, keep on fiddling, and I hope to see you out there soon. Thanks so much for joining me. Have an awesome day.