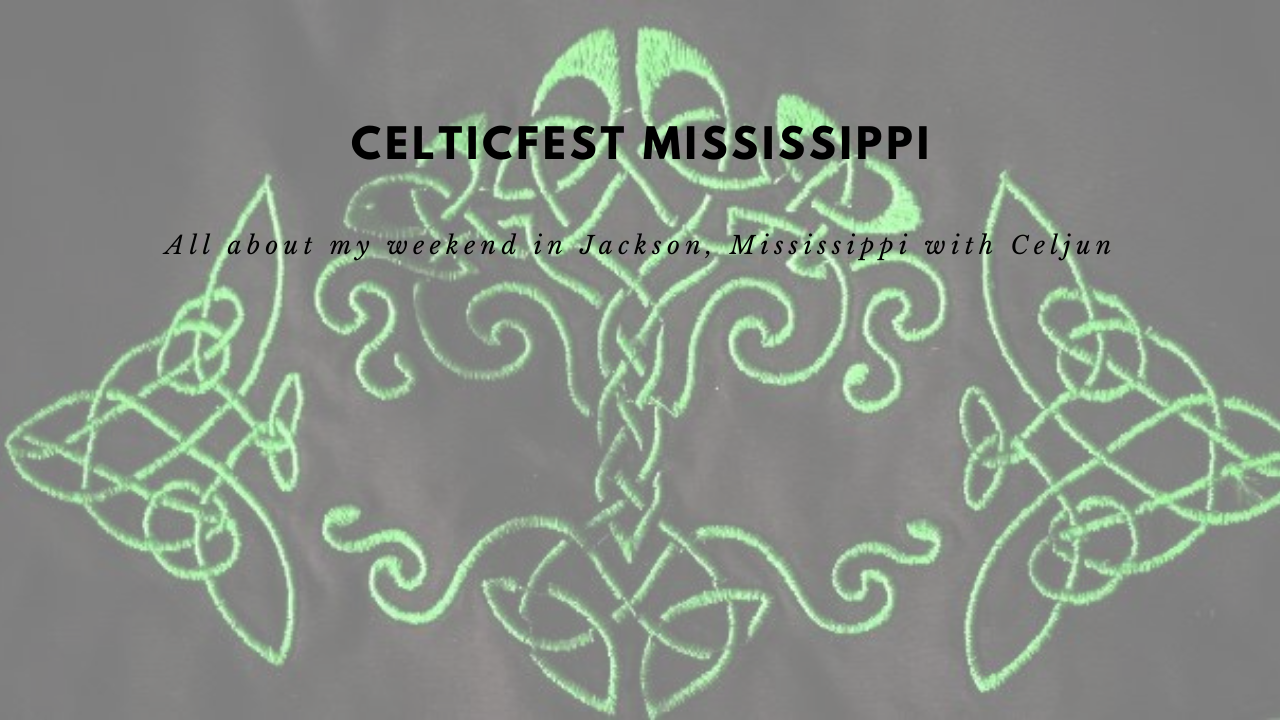 Hi, I’m Mitch Reed, and welcome to my Vlog. Today I wanna talk about my weekend, I think. So I’m also in a project band called Celjun. What we do is we mix Celtic music with Cajun music, Irish music, even some Appalachian music. But I love it because it really shows the origins of not only Cajun music but all American fiddle music.

So you have some Scottish found in there, Scotch-Irish which is, you know, Appalachian, and Irish and even the Celtic music of the Celtic influence from France.

So we played the CelticFest in Jackson, Mississippi this past weekend…it was awesome! The band this past weekend was me on fiddle, Tony Davoren on bouzouki and DAGGAD guitar, and Pete Dawson on flute. So yeah, it’s a pretty cool band. Maybe I’ll post some videos of Celjun.

I thought it would be fun just to play a mix of what we do just to kinda show you how interesting the music can sound when it’s mixed together. So we do a set of reels, and we actually do a Michael Doucet tune that he wrote for KATC Action 3 News called The News Reel. Then we go into an old-time Irish reel called the Star of Munster. So I’ll play that for you real quick. So here we go…[1:40]…

That’s a good taste of Celjun right there: a mixture of Irish and Cajun music, doing medleys, too. Medleys are when you go from one tune into another tune. Usually, hopefully, they are the same time signature. So both these tunes were in 4/4 so that easily you can go into the next one. You don’t always have to do that. You can mix different dances up and it can work. So those are just a “set” of tunes like we call them.

So anyway, yes, it was the CelticFest Mississippi in Jackson and I’m gonna be playing the NELA Celtic Festival in Monroe, LA. There’s a few Celtic Festivals in the South and around Louisiana that are really, really fun to go to. There’s also one here in Lafayette, Louisiana that’s gonna be the weekend before St Patrick’s Day and that’s the Celtic Bayou Festival and that’s put on by Tony and Sheila Davoren so Celjun will be playing there, too.

So yeah…it’s a lot of fun! Maybe I’ll just do one more set of tunes. This first one is a beautiful tune that Tony wrote for his son and it’s called Malachi’s Tune and I’ll go into Cajun tune just to kinda mix that up. Okay, so here we go…[5:55]…Alright, that was fun!

Thanks so much for joining me today on my Vlog. I just wanted to talk about Celjun which is a band that I’m in but also wanted to just talk about how Cajun music is related. I’ve talked about this a bunch of times I know, but related to a lot of other types of music. We’re not quite sure how everything came together down here. We have a good idea but I think one of the big influences for sure is the Irish that came down here.

So those are just some examples of how Irish music and Cajun music can come together and you can form medleys with them and sets of tunes with them. Be on the lookout for those Celtic Festivals. There’s also one [North Texas Irish Festival] in Dallas, so you got Dallas, Texas, you got Monroe, Louisiana, Lafayette, Louisiana, and one that just happened in Jackson. The one in Monroe is coming up at the end of September, the first of October I think it is.

So stay very inspired and keep on playing. Play your fiddle every day, that’s the secret. Okay, take care, hope to see you soon, thanks for joining me today.