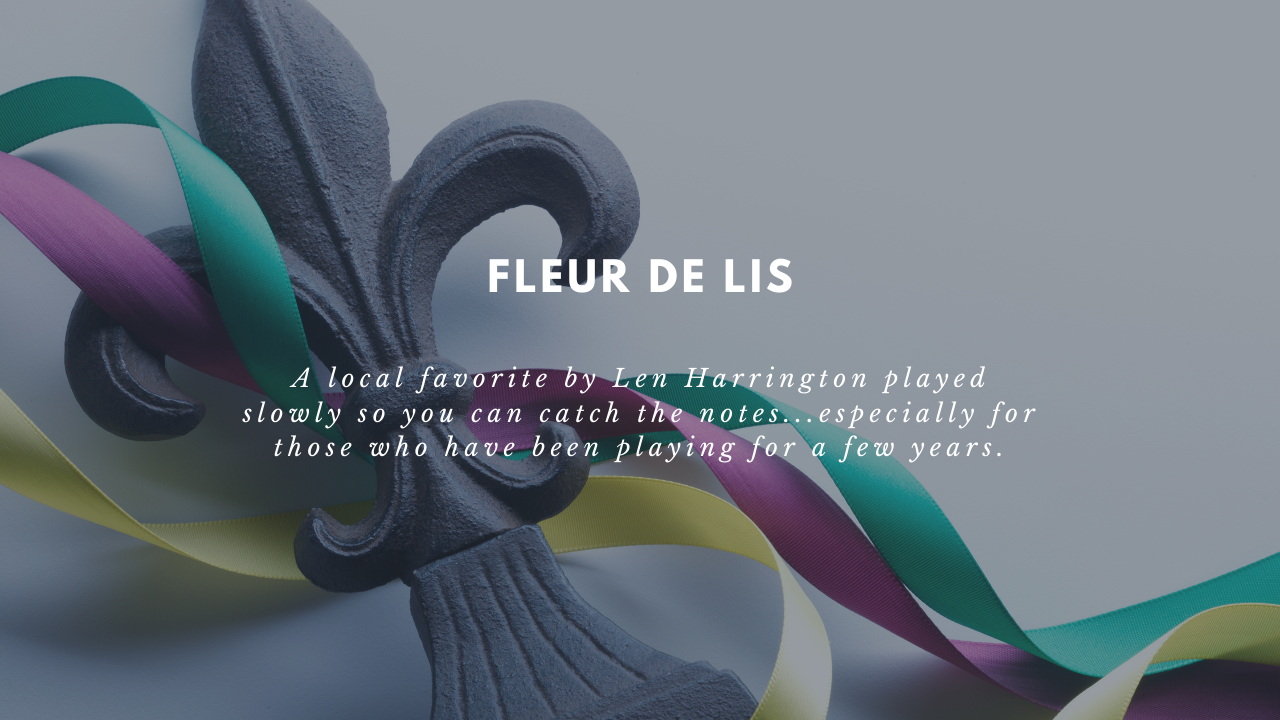 Hi! Welcome to my vlog. Today I want to talk a little bit about a musician that influenced me a lot. I’m not really sure where he is. It’s kind of an interesting story. When I first started playing the fiddle, when I was about 14 so probably the late 80’s, there was a character living in Lafayette. His name was Len Harrington. He was a member of a couple of Cajun bands but he also did a solo record. He wrote some really cool tunes and he also messed around with Lomax recordings like Michael Doucet did. He put some of these Lomax ballads to fiddle tunes. And he wrote a really beautiful tune that was I always thought was really interesting called Fleur de Lis.

Anyway, I just wanted to play it and just talk a little bit about Len Harrington. There are a couple of people that may know where he is. He was living in LA, then he moved to Atlanta. I don’t know, I might be wrong so… anybody knows, send me a comment and let me know.

But this is a beautiful song. I’ll play it once normal speed then I’ll play it a little slower. Give you a chance to maybe figure the notes out. It’s called Fleur de Lis by Len Harrington.

Oh! The story also goes that when I was a kid before I learned to play the fiddle or took fiddle lessons, maybe I was 9 or 10, I got a TV for my birthday, a black and white TV. I had my own tv in my room. That was a really special privilege back in the early 80s. I had my own tv in my room. I didn’t have my Atari yet but you can’t play Atari on a black and white tv. But I had my own black and white tv. On Friday nights and Saturday nights, I could stay up late. I had really cool parents that would let me stay up until midnight and let me watch the old tv shows. So when Channel 3 would go off the air, they would play this song and they would show scenes of the Atchafalaya Basin and this song would be playing, so kind of a special tune for me growing up here in Lafayette, Louisiana. So it goes like this. [02:33]

Alright, so kind of an interesting tune I’ve always liked it. I’ll play through it again a little slower. I don’t know if many of you know this but I just found this out. If you’re using YouTube you can go to the options menu and you can go to “playback speed” and you can slow this down. And you can, I’m gonna play it slow, but you can slow it down even a little bit a more to hear and find all the notes if you like this tune and you want to learn it. Okay, it goes like this. [04:50]

Alright! Len Harrington- great fiddler, still alive as far as I know. Maybe he would be in his mid-60s. (Update from April 19, 2020: Len Harrington passed away in California in 2017. You can read his obituary and more of his life story here.)

If you’re out there Len, if you’re watching this, please send me a line. I’d love to hear from you! Love that tune, love your record that you did.

You might be able to find it in the archives, those of you that are interested in hearing LenHarrington. There might be some YouTube stuff; I never really searched for it yet. But it’s a great record Len Harrington did and he’s a great musician. He inspired me a lot to be a Cajun fiddler. He was interested in Creole music and played Creole music and played the clarinet. He was a music major at USL in Lafayette.

Thanks so much for joining me today. Stay inspired, keep on fiddlin’, keep on digging for tunes. Send me a comment, let me know what you think. If you like this kind of stuff, check out my website mitchreedmusiclessons.com. You can become a member and on the site, and I break down Cajun and Creole fiddle tunes for beginners and intermediate players. Thank you so much. Have a happy Mardi Gras! See you soon!