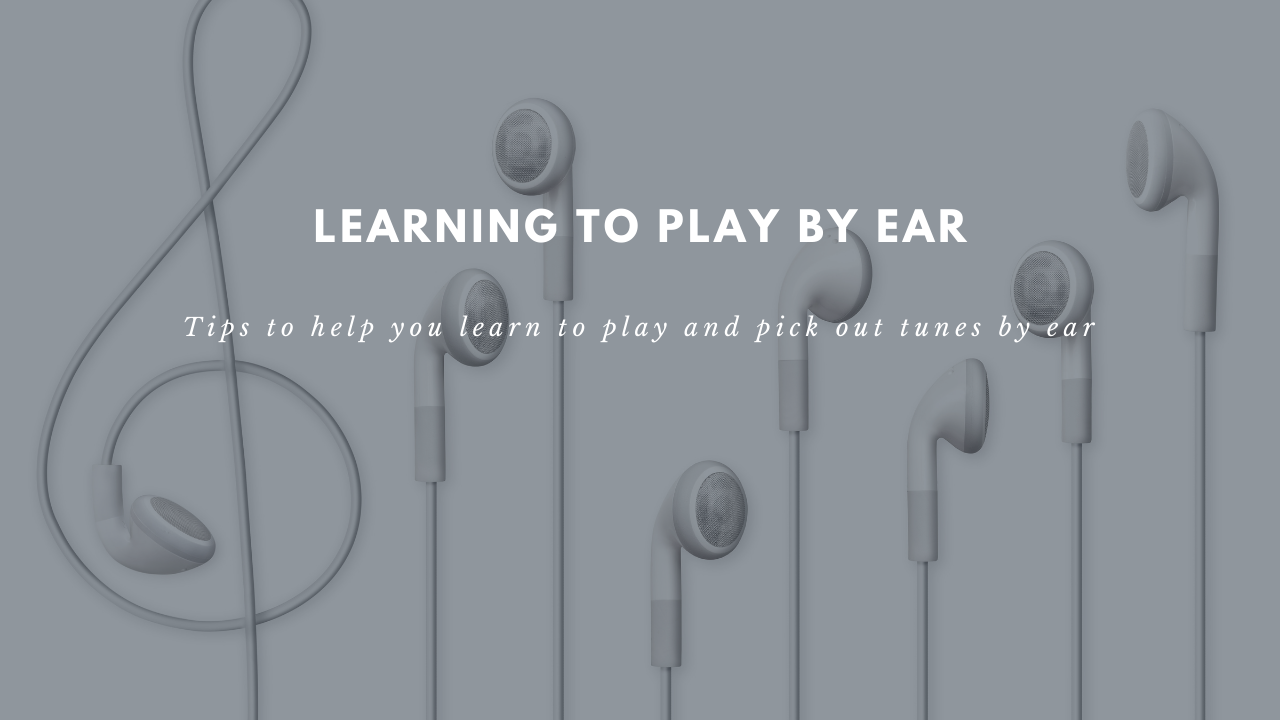 Learning to Play by Ear

Hi, welcome to The Vlog! This week I’m going to talk about playing by ear. I’ve had a lot of people over the years as long as I’ve been teaching always asking, “How can I learn to play by ear?”, “I want to be able to play by ear,” and “It’s frustrating to learn how to play by ear.” If it’s a struggle for you, you can do it, it just takes time. Some people, of course, can naturally do it. I’ve worked with some people who like the challenge and they just mess with the instrument until they find the notes, and they get it. Everybody’s different, some personalities, some people, get frustrated right away or don’t even attempt to try it because they don’t even know where to begin.

Let’s talk just a little bit about Cajun music and why it’s still around…Cajun and Creole music. It’s all been passed down by ear. There’s nothing that has been written down in books. You have a few books now that have been written out, but, you know, the real traditional music has been just handed down from generation to generation. People were not educated in music, they knew how to play the violin and they could play melodies on it but they weren’t thinking theory, they weren’t thinking so much about the notes. It was more about just the melody. So that’s my first piece of advice is that the way this music has survived orally like it is is people really knowing the music, really having an ear for the music.

So that’s step one: What you have to do is if you want to try to learn a song you have to really, really listen to the song. And it’s easy to hear a song one time and say, “Wow, I want to learn that song,” and then try to do it and there’s too much going. I still run into that. So I know when I run into that, that, okay, I need to stop, put my fiddle down and just listen to the song. And that may take a couple of weeks and a lot of times what I’ll do is I’ll download the tune to my phone, and as I’m driving around or anytime I have some free time I’ll listen to it. So I’m constantly just listening to the tune again and again. And you’ll be surprised just doing that how many little things you’ll start to catch.

Then comes a time where you just pick up your fiddle and you try to learn the notes, you try to figure out where those notes are on the fingerboard. So my first piece of advice is, if you’ve only been playing for a year, this may be difficult because you have to know your fingerboard. Most of the keys that Cajun music is in are what I call open string keys. So if you’re tuned down to Cajun tuning it’s going to be C or G. And if you’re tuned standard then it’s going to be A, D, or possible G. So that’s the thing is also making sure what the key is and what you’re trying to do because if you’re tuned standard, and you’re trying to play a song in the key of F, that could be really hard to find where those notes are.

Keep it simple, that’s the main thing. The first thing about this too is that it’s something you have to exercise every day so your training is definitely a daily exercise. It doesn’t have to be long, but if you can just pick a tune that you just know, that you’ve heard your whole life. There’s a couple of tunes that we grew up with and one that I was thinking of is Twinkle Twinkle Little Star. That’s the first one. So that’s a great one to just say, you know if you’ve never played before, “Let me try to figure it out”, okay?

Most of the time when we start a tune, we’re going to start with an open string in Cajun music or Creole music. So that’s what I would do, just approaching Twinkle Twinkle. I wouldn’t start with a finger on the fingerboard. I would start with just the open string so…[4:20]…I’m just going to start here so…[4:23]…because I play a lot, I know where the next note is. It’s the string above …[4:29]…but you have to try it out. So if you mess up at first it’s no big deal. Just do it again and again and again and you’ll figure it out. It’s like a puzzle and it actually could be really fun…If you know how to relax and do this without getting too frustrated it can be fun. And again, keep it simple, that’s the thing. Keep it to simple tunes that you are familiar with. So…[4:54]…the next pitch is going up so I’m going to try the first finger…[5:00]…okay. Then the next pitch in my head I hear is down so I’m just going to play a third finger on the A…[5:08]… there you go. So just something like that can be fun and it could even be a jingle that you heard on TV or just some real simple little bit of a tune. Just try to play it, and that’s a great way to exercise ear training every day.

The other one you might want to try is Happy Birthday. It’s a little bit more complicated than Twinkle Twinkle but let’s just see. So again I’m just going to start, I’m gonna start with the open string. I’m going to start with a D because…[5:45]…I don’t know, change it up a little. So we start with a D…[5:49]…This one’s a little weird because even though we’ve heard it our whole life this next note…[5:57]…oh, here it is…alright… then…[6:09]. This next note is a little weird, you have to lower your second finger so you may…[6:20]…didn’t sound right okay lower it…[6:23]…there we go… So just real simple tunes. Pick your fiddle up and just try to find where those notes are.

Again, there’s a couple of little easy guidelines you can stick to. One is to start with an open string, don’t mess with anything too complicated, and for those of you who grew up around Cajun music, you know you have a lot of these tunes in your head…if you grew up where your parents or your grandparents listen to this music. You got the tunes in here so it’s just a matter of finding some real simple tunes that you can just try to find on your own, find the melody on your own.

The three that I always recommend is one that everybody learned right away is called J’ai Passé Devant Ta Porte, I Passed by Your Door. And that one actually starts with the third finger on the E so…[7:25]…Really easy to find these notes because the melody is very distinctive…[7:37]…Notice too that I’m breaking it up into phrases, just like the way I do in my videos where I teach you the phrases. That’s a good way to learn tunes. Don’t try to play too much of the tune at one time. Try to break the phrase up, almost like the way you would break a paragraph into sentences, that’s how music works, too. So break. Have like a phrase that says something, and then stop right there and try to just get that.

And we have all this great technology now. We have Amazing Slow Downer which you can get the apps for your smartphones and you can use that and that is a great way to learn ear training. So, I totally recommend that. But I think you can do it, you know, normally the way anybody does it if you can just get your hands on something that’s played simple and slow then you can try to find the notes, okay? And you can get together with friends and get them to even play the notes and play it slow. They don’t have to be a teacher, if you even just give them to play the notes slow for you, you can find where notes are, okay. So the other one is Colinda…[8:55]…you know, and the next phase…[9:03]

These are all tunes that growing up in Cajun country I heard, you know, my mom and dad would sing, my grandparents would sing. Sometimes when they’re cooking breakfast in the morning they’d just sing some simple Cajun songs. So that is a good place to start, is trying stuff like this. But one of the things is you have to do it every day. So every day try to pick your fiddle up and just try to play simple melodies…just really simple melodies that you know. It could even be, if you grew up listening to rock and roll, it could be, you know, a rock and roll song that you know, you know, that’s simple, keep it simple and that’s the key.

Thanks so much for joining me today. I’ll probably do some more vlogs on ear training, just talk a little bit at a time so it’s not too much. But definitely give it a try and if you go to my videos on MitchReedMusicLessons.com, I have a lot of Fiddle from Scratch stuff that’s really good ear training. I do call out fingers so that you can start to hear where the notes are, and also the beginner videos are really helpful for your ear training. So go check it out and stay inspired. Don’t get frustrated…it’s a tough journey, but it’s very rewarding, and so you definitely want to stay inspired. Don’t burn yourself out, be kind to yourself, and keep on fiddling. Alright, thank you so much, and have a great day!