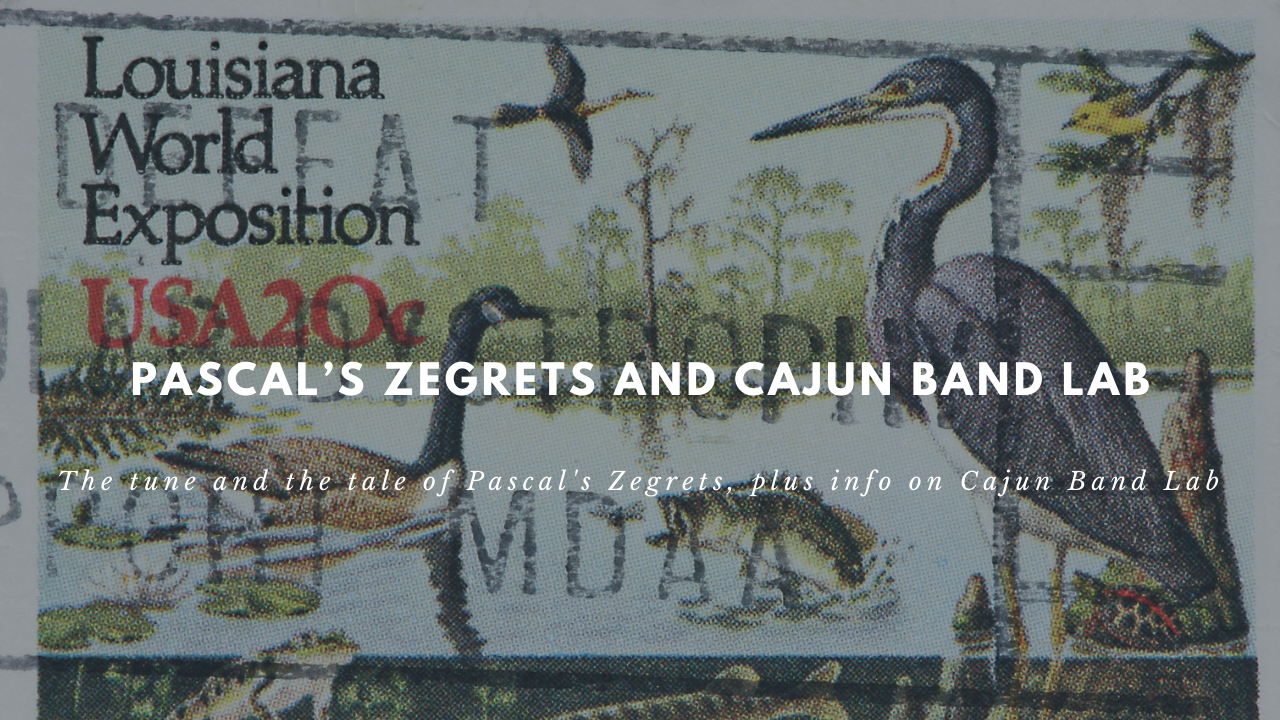 Alright, thanks for joining me today. This is my vlog where I talk a little bit about what I’m doing and tunes I’m interested in. And I have a website, MitchReedMusicLessons.com, go check it out! I break down a lot of old-time traditional Cajun and Creole tunes. I break them down at a skill level for beginners and intermediate players. It’s almost the month of January. What I’m going to be doing next is creating these Band Lab classes so if you live around the Lafayette, La area and you’re interested in playing accordion, fiddle, guitar, maybe a little bit of bass drums, triangle, some percussion, whatever and you’re interested in seeing what it’s like to be in a Cajun band, come check it out. You can go to the website and it has all the details there.

So I’m excited about that. I’m going to be teaching people who have never been in a Cajun band before people who can play tunes on the accordion or the fiddle, or maybe even sing some Cajun tunes or play guitar. Maybe go to jam sessions and stuff like that but they’ve never been in an actual Cajun band. I’m going to teach them what it’s like to be in a Cajun band and what it’s like to work on tunes as a band, come up with a setlist, get gigs, book gigs, all that stuff, the real business side of what it’s like to get along with everybody in the band, give and take.

11 yrs of BeauSoleil I’ve learned a lot. It was a great education in not only music but in just living on the road and the business side of music. So anyway, I’m going to be doing that and I’m also looking to do a Cajun Kid’s Band Lab. So if you know anybody that’s out there who’s interested, who have kids that play Cajun music and would like to see what it’s like to be in a Cajun band, send them to mitchreedmusiclessons.com.

That first tune I played was an old tune from Canray Fontenot that he called Nonc Adam’s One Step and it’s a neat old Cajun tune and lately I’ve actually been playing a lot of Irish stuff so that’s been fun. I’ve been traveling with Celjun, did a Texas tour with Celjun, and played with them, but still always digging deep to find old Cajun and Creole tunes that are interesting. Go to my website, check it out. I’m going to come out with some new videos this coming month of January. Coming up I’m going to break down a lot of stuff. Feel free to send me comments or requests or anything you’d like me to talk about or break down any styles, or any questions let me know. I just heard a really good Mamou story a while ago but I already forgot it so I have to go back and record the guy telling it. So anyway, that’s just how it goes.

But I’ll end with this tune, this is a good one. Thanks for joining me. I hope everyone had an awesome Christmas and New Year’s is right around the corner so I hope everybody has a fantastic New Year’s.

So I’m going to end with this one and it’s a tune that Dennis McGee did and I never knew the name of it so we just called it Pascal’s Zegrets. It’s based on a story about these two farmers who would fight all the time and one of the farmers was very poor. He planted potatoes and sold potatoes, but he was very poor. He lived in a shack and instead of chickens, he had egrets that he had caught from the cows. You know egrets will ride on top of the cows and caught them and made them his chickens, or you know, his egg layers. And the other farmer was just real greedy and jealous, and he had pigs and potatoes, and he’d let his pigs go out into the poor farmer’s field and trample them all up and ruin his patch. The poor farmer’s name was Pascal, so Pascal, to revenge himself, would let his egrets fly out at night and they had long, long beaks and he would make them go peck the greedy neighbor’s potatoes and ruin all his potatoes so there was this constant warfare going on and this tune I felt symbolizes that. [6:17]

Alright, thanks so much for joining me today. Check out my website MitchReedMusicLessons.com; It’s got all kinds of cool information. If you’re into this kind of stuff, go check it out. Have a wonderful New Year’s, and I’ll see you in January and I’ll definitely have some fresh new stuff coming out now that I have a little more time to do more videos. Take care, stay inspired, and keep on fiddling.