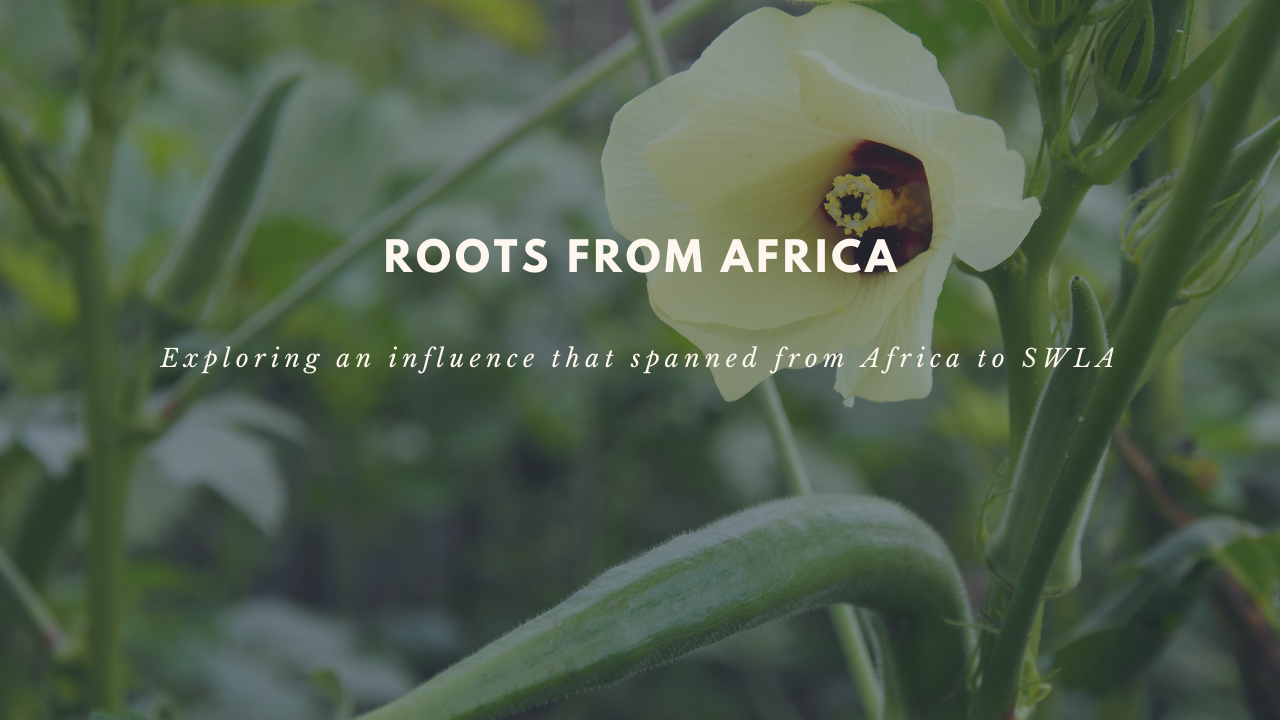 Hi, I’m Mitch Reed and my vlog today is going to be on the North African roots that we have in Cajun and Creole music. I wanted to start off playing a little tune from Mali. I always hear so many things out of Mali that remind me of the Creole music from Lawtell, Louisiana called LaLa music. I’ll play a Mali tune and then I’ll play a tune out of Lawtell. So here it goes. This is a LaLa fiddle tune. [00:35].

Alright! An old-time Mali fiddle tune from North Africa. So definitely the slaves coming into the new world, especially Louisiana, from French colonies in Africa and bringing that music and recreating it there in Louisiana. So here’s a tune from Lawtell. It goes like this. [02:32]

Yeah, so some of that nice modal stuff, too. You know, coming across that stuff in Mali. I think, too, maybe there was a Spanish influence in our music and Cajun and Creole music because of the Spanish having an influence too from Morocco in North Africa. That flamenco thing, but also that maybe the scales and the modes that came this way, songs being sung, jurés, guitar music, and also music that was played on the violin. So let’s see. I’ll play another one. I don’t know another Mali tune, but I’ll play another Creole tune that just reminds me of that first tune. So yeah, so much mystery, but a lot of interesting stories. There’s even a folk tale about Mali and how the okra got to Louisiana. There was a slave from Mali and the only thing he carried across the ocean with him was an okra seed that came from his village. And when he got to Louisiana he planted it somewhere around parks. And that was where the first okra plant started to grow. So just neat stories like that and connections to Mali in Louisiana. So I’ll play this. This one to me sounds very Mali-like, and it was a tune played by Be’Be’ Carriere. So they called their music LaLa music. It’s another form of Creole music from that area. So it goes like this. [05:31]

So yeah, so that’s LaLa music, Mali music. But you also hear things in early Dennis McGee stuff too as well, modal stuff. The one that I always think of is this one. [07:12]

Yeah. So some funky Dennis McGee dark waltzes, you know. So anyway, I love all these roots that we have from North Africa, but I think there’s some stuff that came over with the Spanish as well. I never saw that until now. The more research I do, and from traveling around with Michael Doucet, he always mentioned the Spanish influence in our music. I always heard more of Appalachian Scotch-Irish kind of thing with the tunes, but then this modal North African connection makes sense, and definitely, you can hear it. So just fun stuff. There are all these great Creole modal tunes that I hate to see go. Some of these are cross tunes. So I don’t have my fiddle cross tuned; I just have it tuned down to Cajun. The other one I think that’s so well known that definitely has a touch of the stuff we’re talking about now is the stuff that Douglas Bellard wrote. So like The Prison Bars. So I’ll play a little touch of that. Barres De La Prison [10:11]

Yeah, La Valse De Prison Barres, Douglas Bellard. So yeah, neat stuff. North African Mali stuff, Morocco, Spain mixed in with all this stuff. Definitely some LaLa stuff. Later on, I’d like to maybe touch on some of the Caribbean influence, too, because there’s some of that as well. And Michael Doucet did some research on that too. Tunes like by Canray Fontenot, Bee Fontenot, tunes like Melinda, and things like that. So we’ll talk about that later on. But I just wanted to play a few tunes that had some roots in North Africa, Mali roots.