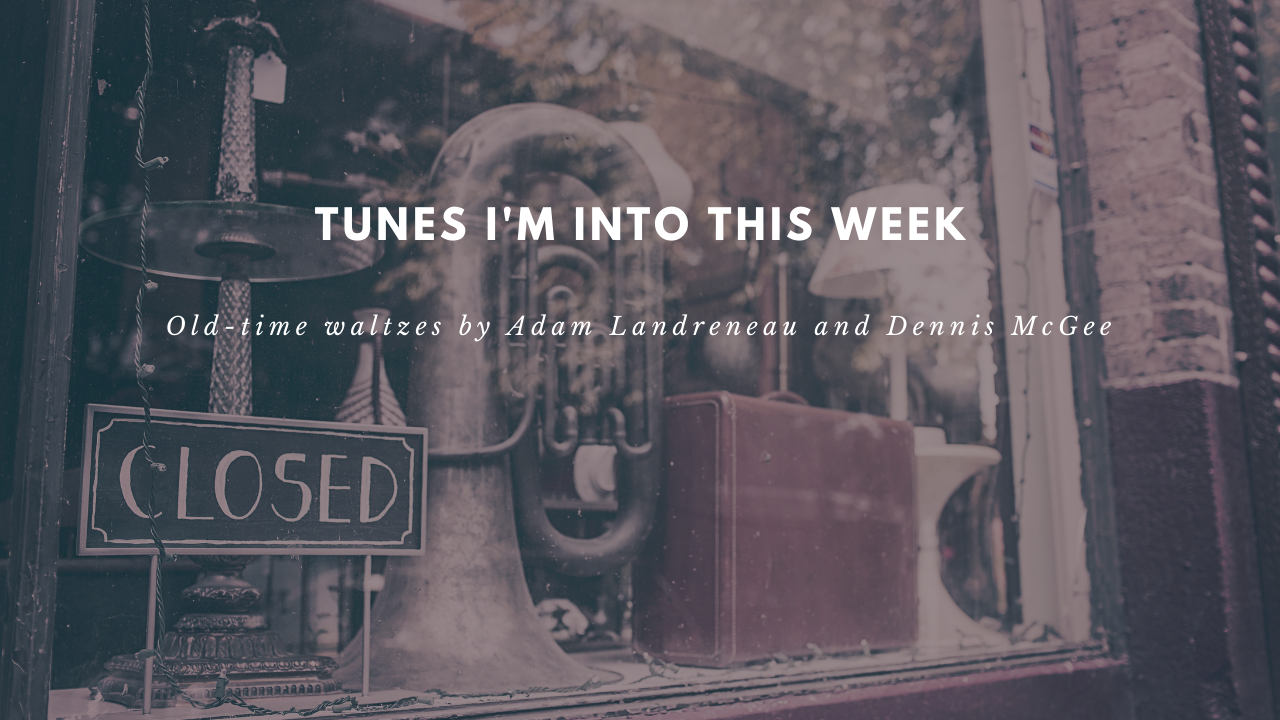 Tunes I’m Into This week

[00:01] Alright! That was called La Valse de Prairie Ronde, a tune that I learned from listening to the recordings of Adam and Cyprien Landreneau from Mamou, Louisiana. So from the little community Prairie Ronde, not too far from there. And they sing a lot about the little communities on the outskirts of Mamou, like Lanse Meg and the piney woods that used to be between Eunice and Mamou that burned down and the pigs were on fire as they ran out of the pine forest. So a lot of interesting stories in their music. So Adam and Cyprien Landreneau- check them out. They’re on iTunes. Adam was always one of my fiddle heroes and one of the things I loved about him was his bowing and how his bridge was very flat on his fiddle. And his bowing was real wild, and it was really more about the rhythm with the bow than it was the left hand, you know. I’ll give a little Adam example. [03:16]

Alright, Adam Landreneau. So great tunes played by him and Cyprien. And what a great fiddler! You can also check out actually some of his bowing, check it out on the Rainbow Quest stuff that is on iTunes. Look up Mamou Cajun Band, Rainbow Quest, and you can check out his bowing. So he had some really amazing stuff and he’s definitely a hero of mine. And of course, the other guy, Dennis McGee, all from that Evangeline Parish area were just all the great fiddlers that came from there. So this next one I’ll do from Dennis. So this is one that I always liked that he played called Kathleen’s Waltz. [05:14]

Alright, Kathleen’s Waltz, Dennis McGee. So just some great waltzes that I’ve been playing lately. I wasn’t sure what to do with my vlog today. I wanted to do one and I thought, “Ah, let me just do some on the tunes that I’ve been playing.” So I think the thing about being a Cajun fiddler is to just stay inspired. And, you know, try to find tunes, even tunes you’ve heard before, go back to them, revisit them. I think one of the things where I get a lot of inspiration is talking with other fiddlers. Especially for some reason, especially people who don’t live here, people who are from another culture or live in another part of the world. How they’ve been affected by players like Dennis McGee and Adam Landreneau. Hearing them talk about it gets me excited again to go back and listen to that stuff. So that’s kinda what I’ve been doing lately. And there are just so many good tunes and for some reason this week I’ve been playing all these waltzes so this is another great waltz. [08:12]

Let’s see if I can remember which one it is. This was the one that I was thinking of. We’ll do this one. This is the Courvelle McGee Waltz so it goes like this. [08:24]

All right, keep on fiddlin’. Stay inspired. Look up some Adam Landreneau, some Dennis McGee. Check out the waltz. The two albums I really like are… I love Cajun Sole by Adam and Cyprien Landreneau. Also, I really dig the Encore record that Dennis McGee did with Swallow Records. So that stuff’s all on iTunes. Check it out and stay inspired and keep on fiddling. Thanks for checking this out and hope to see you soon. Thanks.