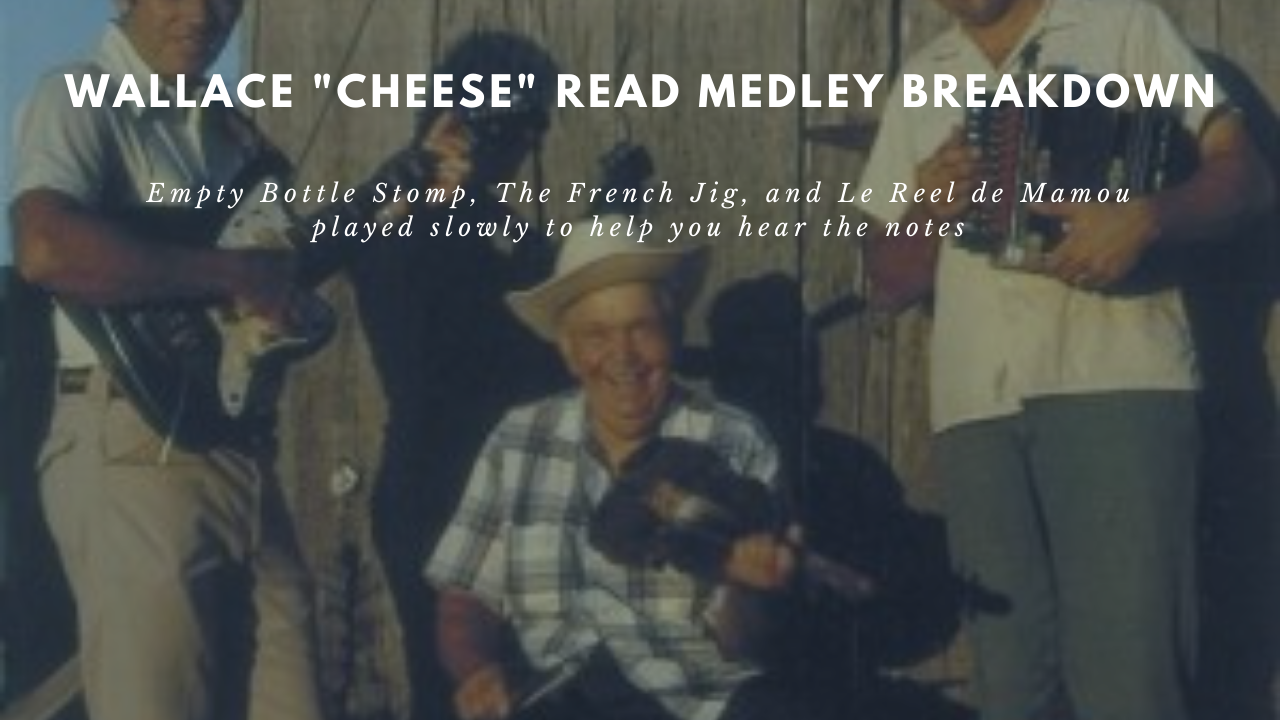 Hi! I’m Mitch Reed. My vlog this week is on the legendary Cajun fiddler Cheese Read from Mamou, Louisiana, and he’s a distant cousin of mine, and the Reads were Scotch-Irish people who came down to Louisiana during the Spanish Land Grants. A lot of Scotch Irish came down at that time and they brought with them probably a lot of Appalachian tunes.

So I’m going to do a little Cheese Read Medley, and these are some reels that he played. The first one is called The Empty Bottle Stomp, and then I’m going to go into The French Jig and then one that he just called The Mamou Reel. All right. And I’m going to angle my camera so you could see the fingerboard, you can see the tape and what I’m doing. I’ll play it slowly at first and then I’ll play it faster. So hopefully you can pick it up. So it goes like this… Let’s see, trying to get a good angle here. No, I’m going the wrong way. Let me try this. Okay, here we go. So the first one, here we go [01:08].

All right! Let’s try to play the whole medley now. Okay, so here we go. Start with the Empty Bottle Stomp, then The French Jig, and to The Mamou Reel. So, all great Cheese Read tunes, fast tunes. So here we go [06:18].

I hope I played it slow enough and you were able to get some of the tunes and have fun with that. Check out Cheese and stay inspired, keep on fiddling. If you want to learn more tunes, check out my website MitchReedMusicLessons.com. I break down a lot of tunes for beginners, intermediate, advanced players, all the traditional stuff of Cajun and Creole music.

All right! Thank you so much, have a fantastic day, and stay inspired. Thank you.