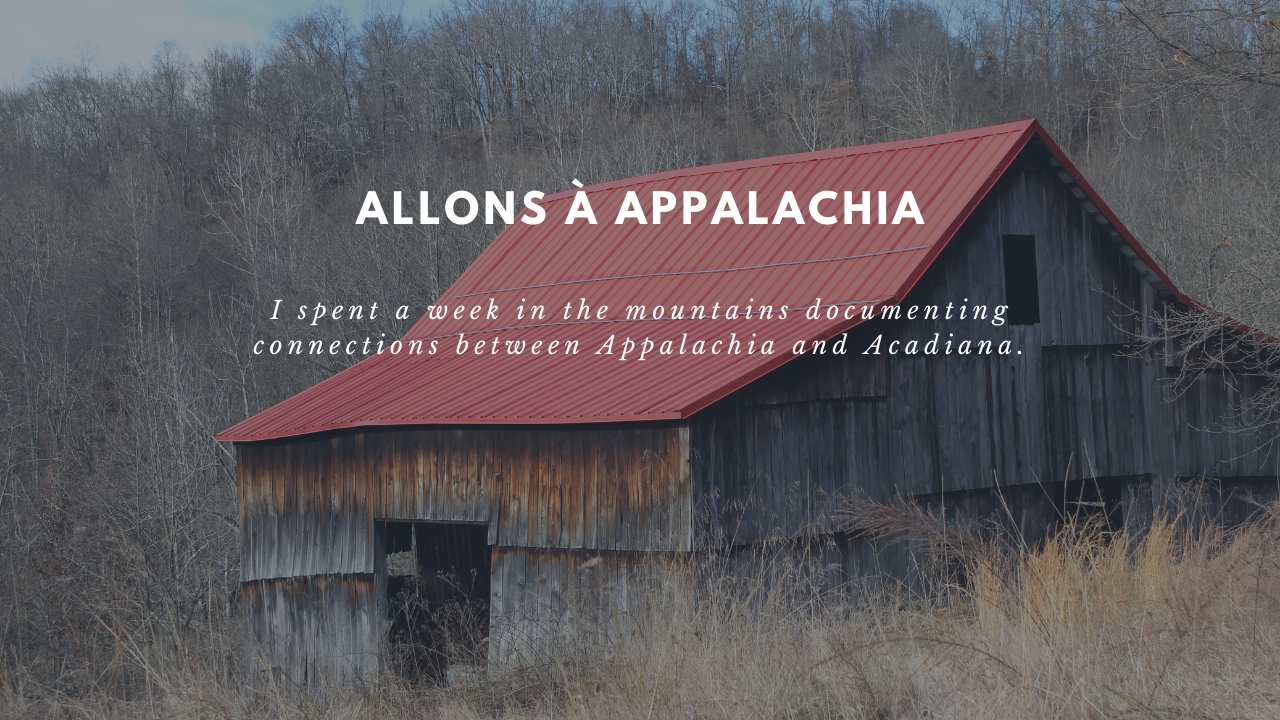 Hi, I’m Mitch Reed…welcome to my Vlog! Today I wanted to tell a little bit of a story about what I just finished doing. I went on a trip with Michael Doucet and David Doucet. We went to Appalachia and we got together with a guy named Chester McMillan and he was Tommy Jarrell’s guitar player.

And so we got together, played some tunes, it was really fun. Michael got a guitar from Wayne Henderson and we also went to Wayne Henderson Festival, played there. So it was a really fun week of kind of exchanging tunes. I got to play with Chester and I thought it would be fun to look at a few tunes that Dennis McGee played down here in Louisiana that were definitely old-timey tunes from Appalachia, just made their way down here and he had some interesting versions of these tunes. So the first one I thought would be fun was one that he played called The Arkansas Traveller, so I’ll play that one…[1:14]

Alright, so that was definitely an old-time tune that Dennis McGee played, The Arkansas Traveller. And I just thought it was really awesome that you know these tunes are still alive and well in other parts of the country and definitely you wouldn’t consider that to be a Cajun tune but Dennis McGee did play it and there were a lot of reels that Dennis played that he didn’t, couldn’t remember the names of them and this is one. I’ll play another one that I really thought was kind of interesting that he played and it’s one I ended up playing with Chester up there and it is called The Chicken Reel. So if you’ve ever been around chickens you’ll know this one…[3:25]

So old-time tune, The Chicken Reel…and yes, very interesting stuff. A friend of mine did some research and he found that a lot of people from Evangeline Parish with the names like Reed, McCauley, McDaniel, McGee, Balfa, a lot of those families came from Virginia during the Spanish Land Grants and I just find it interesting that it’s those same names that you find with old fiddle players: Cheese Read, The Balfa Brothers, Varise Conner, Dennis McGee, those characters and still, you know, a lot of old-time tunes associated with them.

So maybe I’ll play this one, this is a good one too that Cheese Reed played and I think the old timing name of it was Ol’ Molly Reed [sic] (I meant Ol’ Molly Hare) but he called it The Mamou Contra Dance…[5:53]

So anyway, some old-time tunes that were Cajunized by great players. Cajun players like Cheese Read, Dennis McGee, Varise Conner, lots of these characters. And then you have the cross-tuned stuff also. So that’s something that you find in Appalachia…Virginia…I went to Galax, Virginia and they were cross -tuning so you know that’s one of the things you can do, too.

Even like the old-time stuff that Dennis McGee did, some of the standard kind of stuff like Cowboy Waltz, let’s take that one. And I believe the way it works is you drop the E string. So I’m tuned down to Cajun tuning but if I drop the string to let’s see…If I drop my E string down to a C…and now I can play the Cowboy Waltz and just get, it’s just like a different sound…it sounds kind of like two fiddles playing. I think that was the point…[8:40]

​Yeah! So a lot of fun to try different tunings. And if you’re one of those types of players that you like the old tunes and you like the stories that are connected with old tales and things like that…reels, I love reels so, then yeah, it’s a lot of fun. So listen to Tommy Jarrell for sure because he and Dennis McGee had evidently a big connection and they did meet at some point at a folklife festival so that was kinda cool, there is actually a picture of them shaking hands while holding their fiddle cases. So I love those two players, Tommy Jarrell and Dennis McGee and they had so many interesting tunes.
​

So why don’t I… I’ll leave us with a Tommy Jarrell tune that I learned from just listening to his recordings called Cluck Old Hen. And this is a cross-tuning. So it’s D G D G. So if you get into these tunes with cross-tunings one of the things is you’ll have to get used to using your pegs. Don’t be afraid to break a string. If you are tuned down to Cajun you have less chance of breaking your string tuning like this. So this is Cluck Old Hen. It goes like this…[11:57]

Alright. Cluck Old Hen, Tommy Jarrell, and Dennis McGee used the same tuning. He did this tune I thought it was really cool and he called it The Lost Reel, I think Reel Perdu and it goes like this….[13:26]

And I’m sorry that one is actually called The Mad Reel not The Lost Reel. That one is called The Mad Reel. So all these great reels played by Dennis McGee that I learned by listening to field recordings of him, I never got to actually play with him. But a lot of them come in from the Appalachian Mountains. They were brought here by Scotch-Irish people who came for the Spanish Land Grants in Louisiana, in Evangeline Parish mainly.

So now I tuned my fiddle back to Cajun tuning and this is The Lost Reel…[16:24]

Alright, thank you so much for joining me, listening to my Vlog and I just wanted to share my last week’s adventure traveling through North Carolina and Virginia and getting the honor of jamming with Chester McMillan, a great guitar player. And learning a lot too about American music, the history of American Music and Appalachian Music, and the connection that we have down here in South Western Louisiana with the Scotch-Irish people of Virginia in North Carolina. So very, very interesting. Still finding out stuff about my family, the Reed Family, and also the Balfa Brothers and Varise Conner, Dennis McGee, all those connections with those Scotch-Irish names.

So hope you enjoyed it and stay inspired, keep on fiddling, and hope to see you again soon. Thank you so much.