This is where it all began. There are no bells, whistles, or bonus materials just traditional
Louisiana fiddle tunes broken-down in 8 original series.
Download them all or collect a tune here and there. It's really up to you 🎻 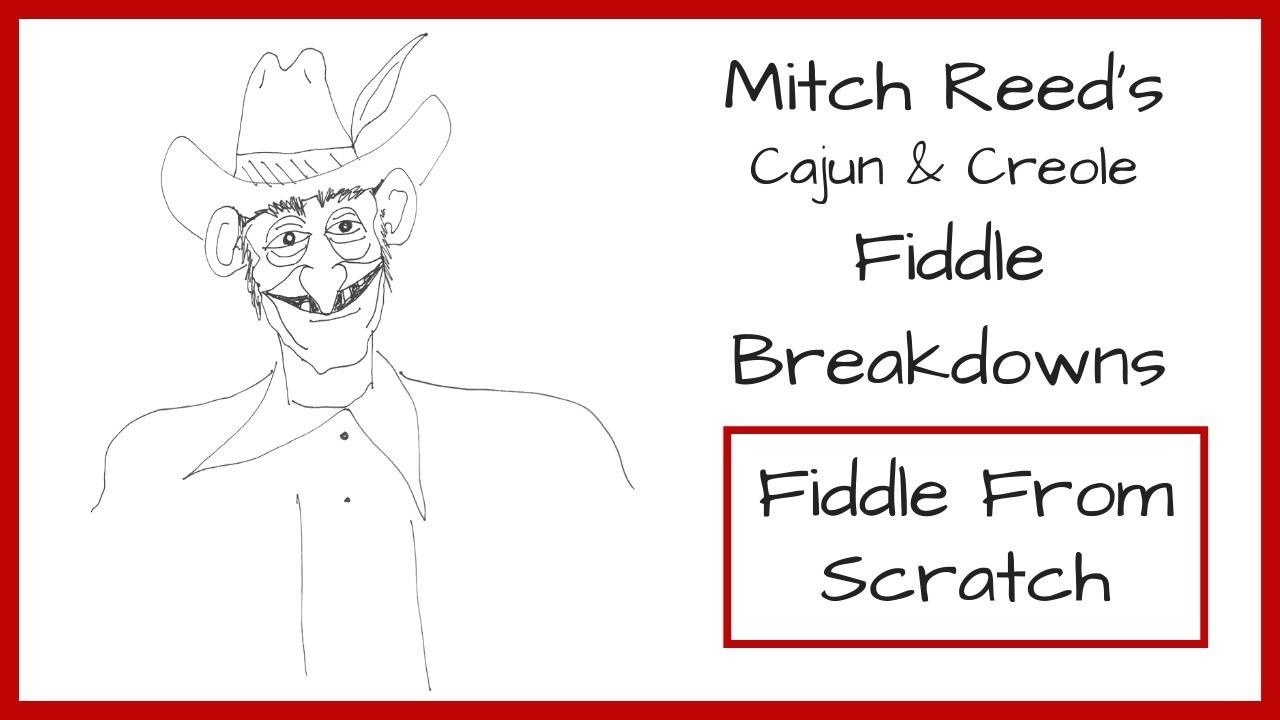 If you’re new to this scene you might be wondering how to get yourself started as a Cajun and Creole fiddler. This 6 part Fiddle From Scratch series is it, and it’s no wonder. You’ll start with the basics: holding your fiddle and bow. You’ll go on to learn 5 simple tunes, with note-for-note breakdowns plus tips to help you uncover that authentic feel, all geared towards having fun and staying inspired. 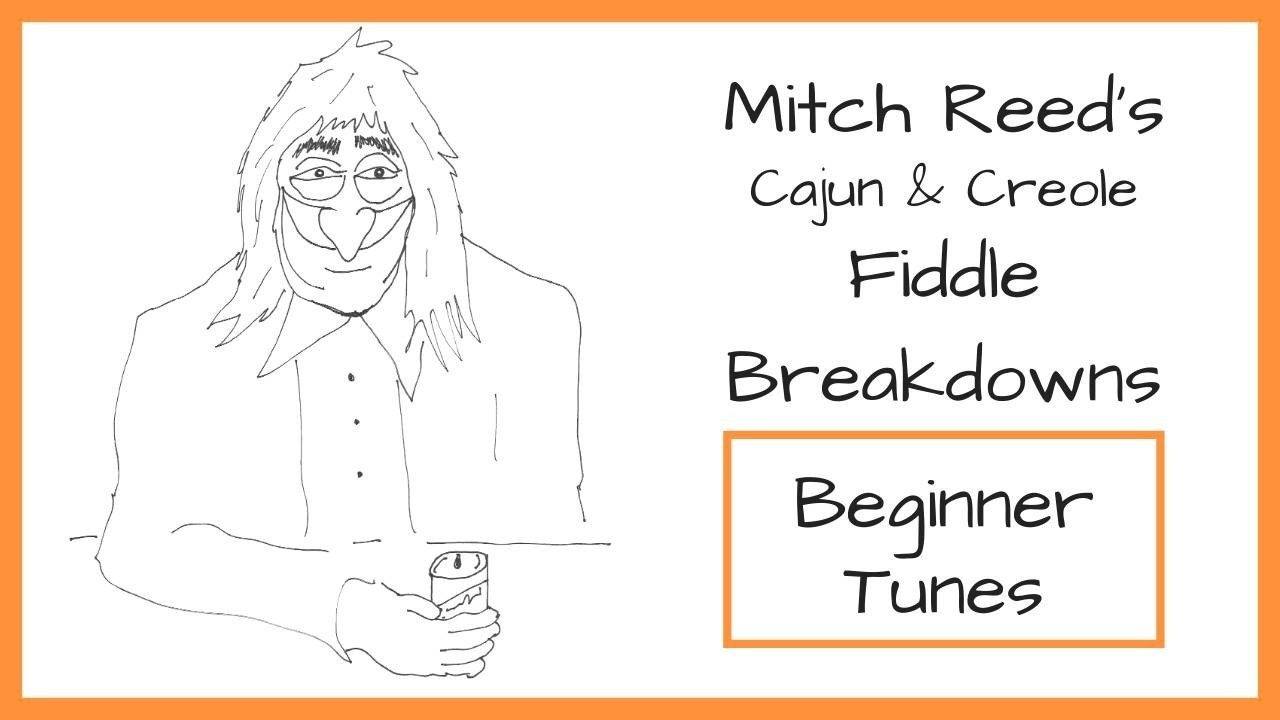 Perhaps you’re a pretty new player with a few tunes under your belt, or maybe you’re coming to Cajun and Creole fiddle with a few years of high school orchestra experience but haven’t played much by ear. Maybe you’re a whiz on a different instrument but you’re still trying to make sense of this fretless, bowed wonder. In any case, these tunes are taught at a relaxed, easy pace that will help you build your confidence as a fiddler, develop that true Cajun/Creole sound, and grow your repertoire of essential tunes. 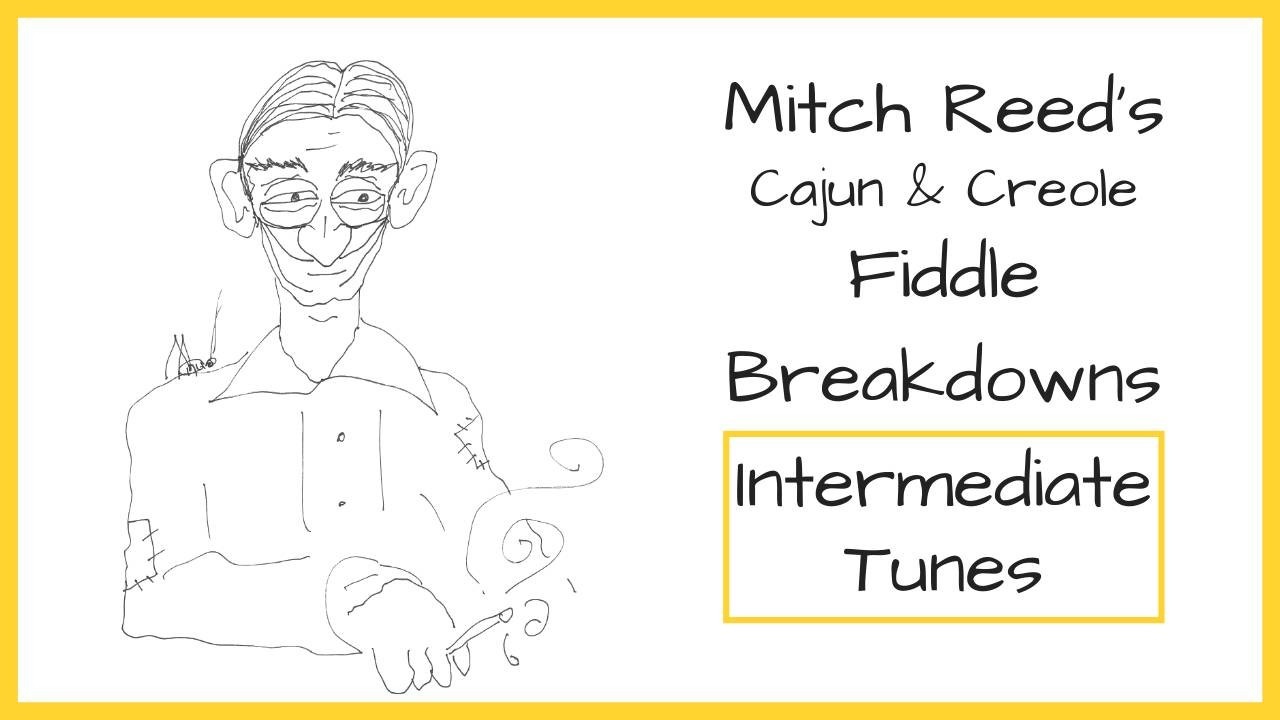 You’ve been playing for a while now and you’re ready for a challenge. You want your repertoire to grow to include most of what you might hear at a jam session, you’re ready to add touches of those complex frills and bluesy slides that make these genres so unique, and you want to be ready to interact comfortably with other instruments. Tunes in this intermediate fiddle series are played slowly, encouraging you to use your ear, just as would 50 or 100 years ago and you were sitting on the porch with a master fiddler, absorbing everything you could. 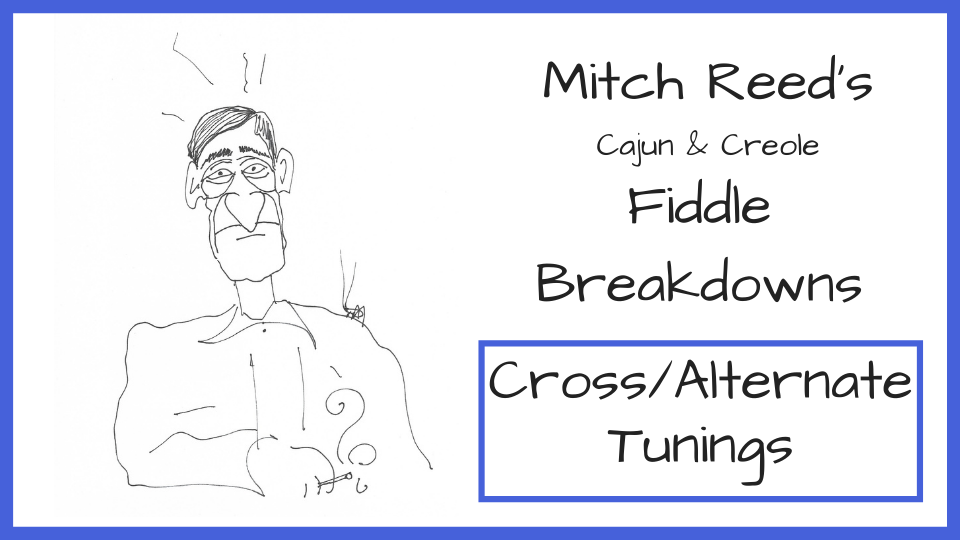 Before the accordion made its way to Louisiana around the turn of the last century, the fiddle tradition more closely resembled that of Appalachia or our Acadian cousins in Nova Scotia and New Brunswick, with a wide variety of different tunings used to play unique mini-repertoires of drone-heavy, rhythmic tunes. While the old cross-tuned repertoire has fallen largely by the wayside in favor of accordion-driven standard or “tuned down” (one full step) songs, I’m a strong believer in keeping this style alive within the larger tradition. It’s fun for the fiddler and important for the culture, so join me in an exploration of a handful of these great, lesser-known tunes! 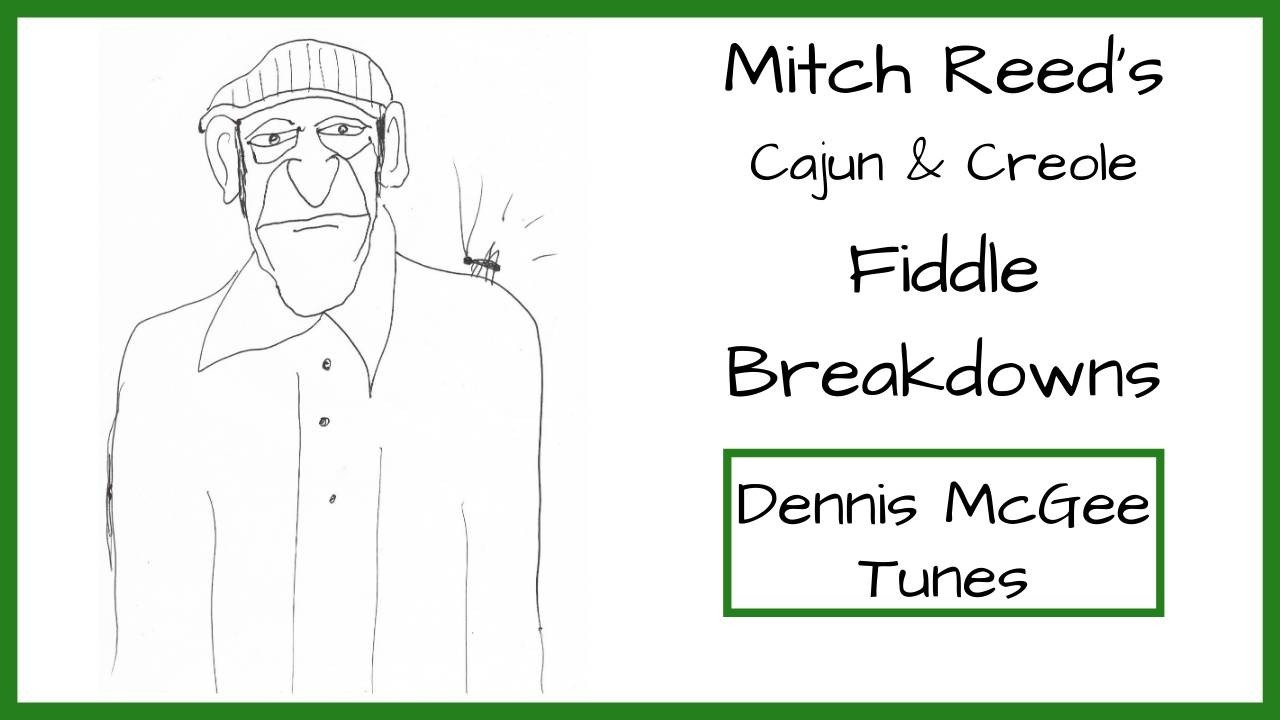 Marc Savoy said it best: “Languages have dictionaries. Cajun music had Dennis McGee.” Dennis was the torchbearer of an older, pre-dancehall style of Cajun music, one that leads the listener to envision house parties, where all the furniture was carried out into the lawn and couples would dance jigs and reels and (scandalous, at the time) waltzes through the house until the dawn broke through the sticky Louisiana nights. Dennis was my hero and this collection includes 20 of his greatest tunes, broken down for you. 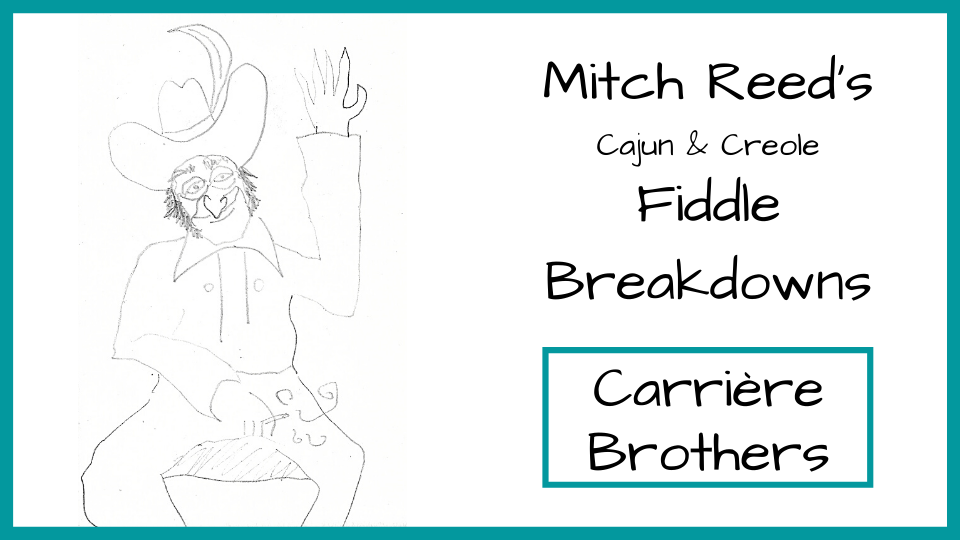 Though contemporary zydeco has largely lost the fiddle as a primary instrument, it was a key piece of zydeco’s predecessor, Creole “la-la” music. The Carrière Brothers, steeped in rhythm and dripping with blues, epitomized the la-la sounds of the tiny but proud Creole community in Lawtell, Louisiana. This collection pulls together some of their coolest tunes, broken down with lots of stylistic suggestions to help you nail down that elusive Creole sound. 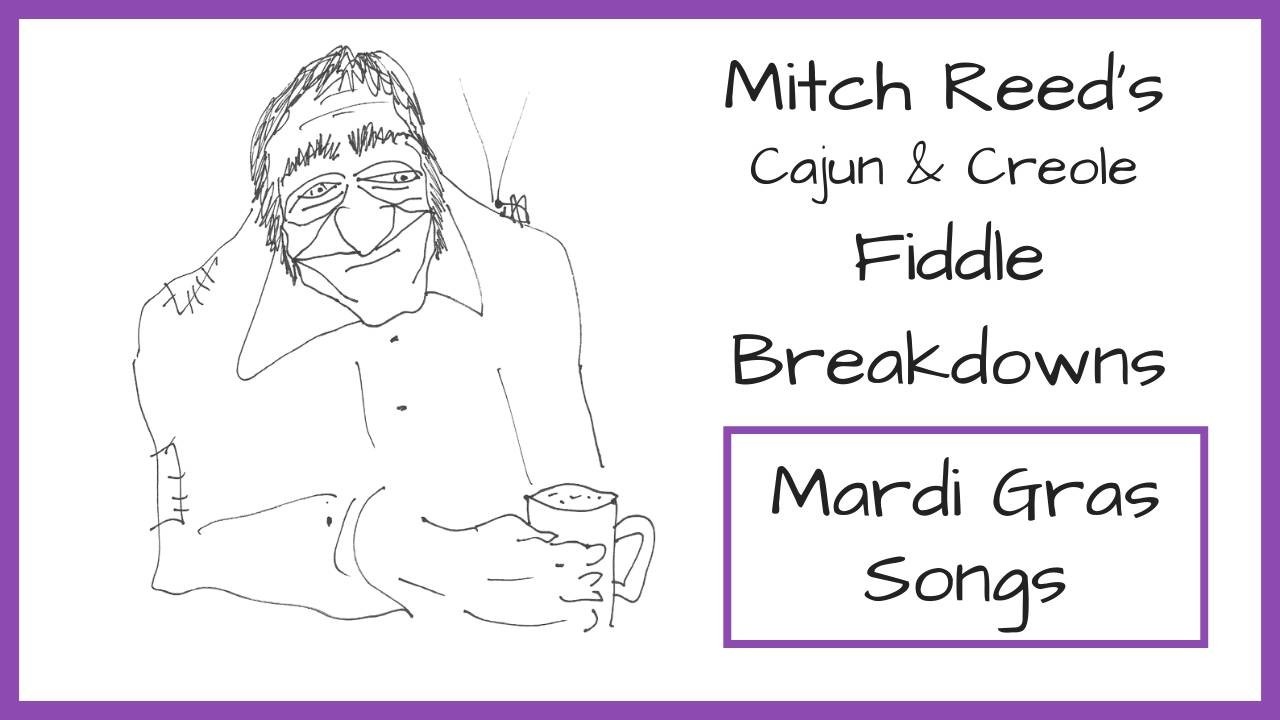 The Cajun Mardi Gras courir, a medieval community begging ritual that has more in common with Halloween or mummers than the gaudy New Orleans festival, is anchored by music; particularly “La Vieille Danse de Mardi Gras,” a song that sounds as though it emerged from rural 14th Century Normandy. (And, some scholars say, it may have.) In this series, you’ll learn three variations on the original melody of this song as well as an original jig, all of which will have you ready to jump on the bandwagon at any country courir you attend. 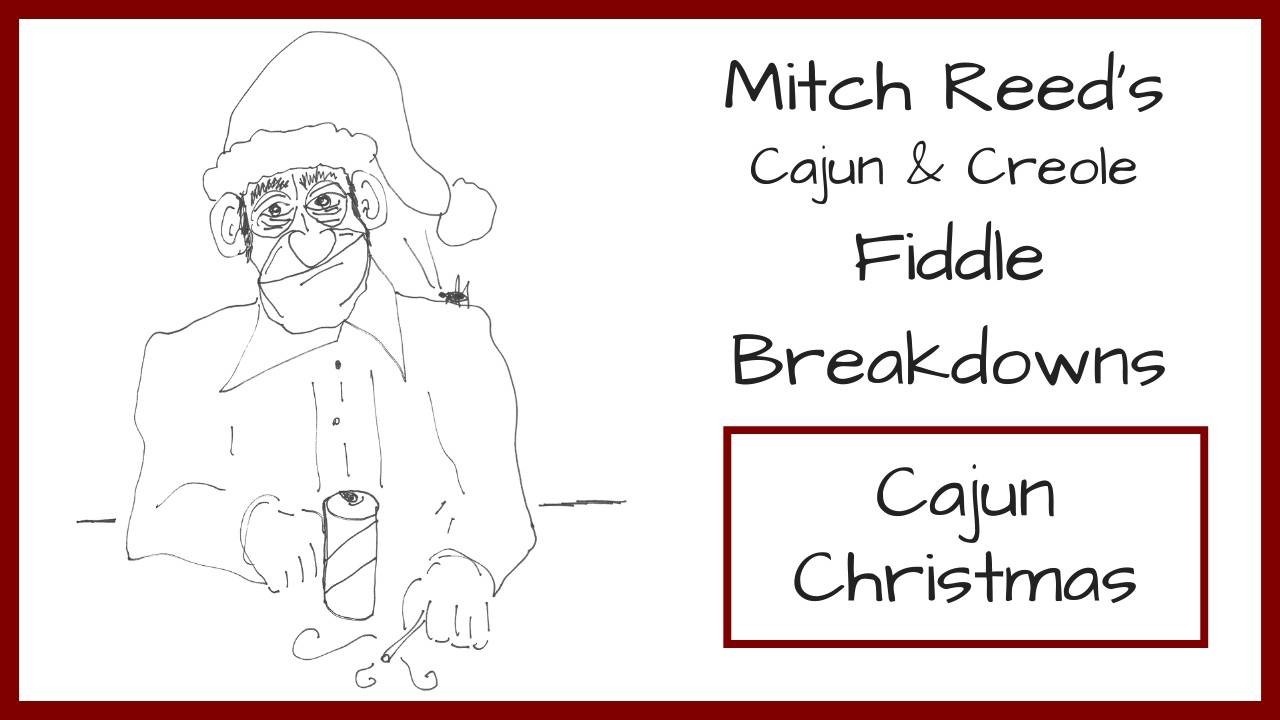 Part of the great Cajun tradition is in taking bits and pieces of other cultures and adding our own flavor. This is as true of Christmas music as it is anything else, and a little bit of digging will find you a whole stack of mid-century Cajun and Creole novelty Christmas records… but we’ll do you one better! Get out your fiddle and learn a stack of zesty, nostalgic Christmas tunes, as warm as a crackling yule log and as welcome as Vieux Papa Noel himself.

"As a result of your lessons I was able to
catch that Cajun flavor in my playing
that people instantly recognized."

"Just start, enjoy and be happy." 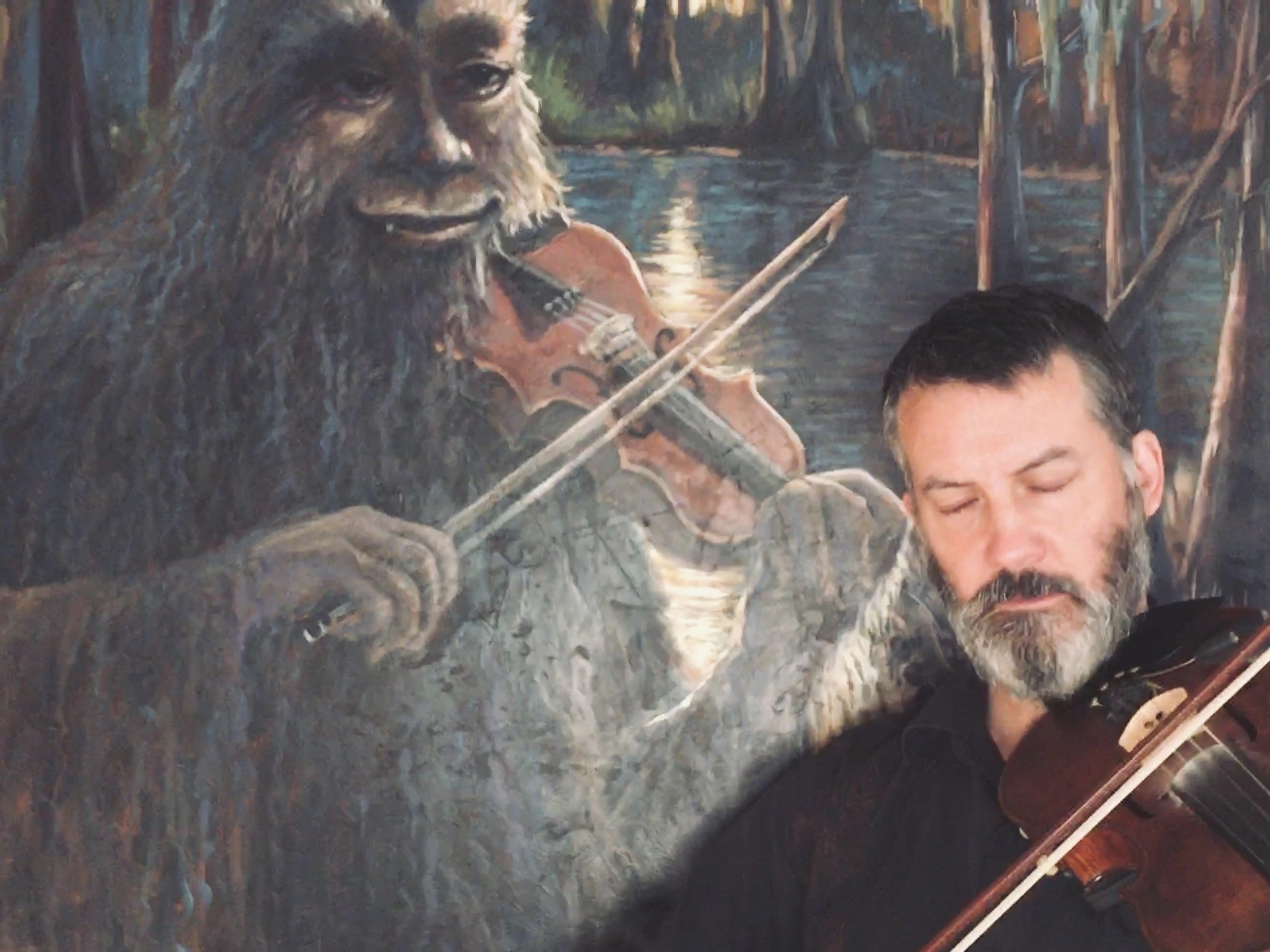