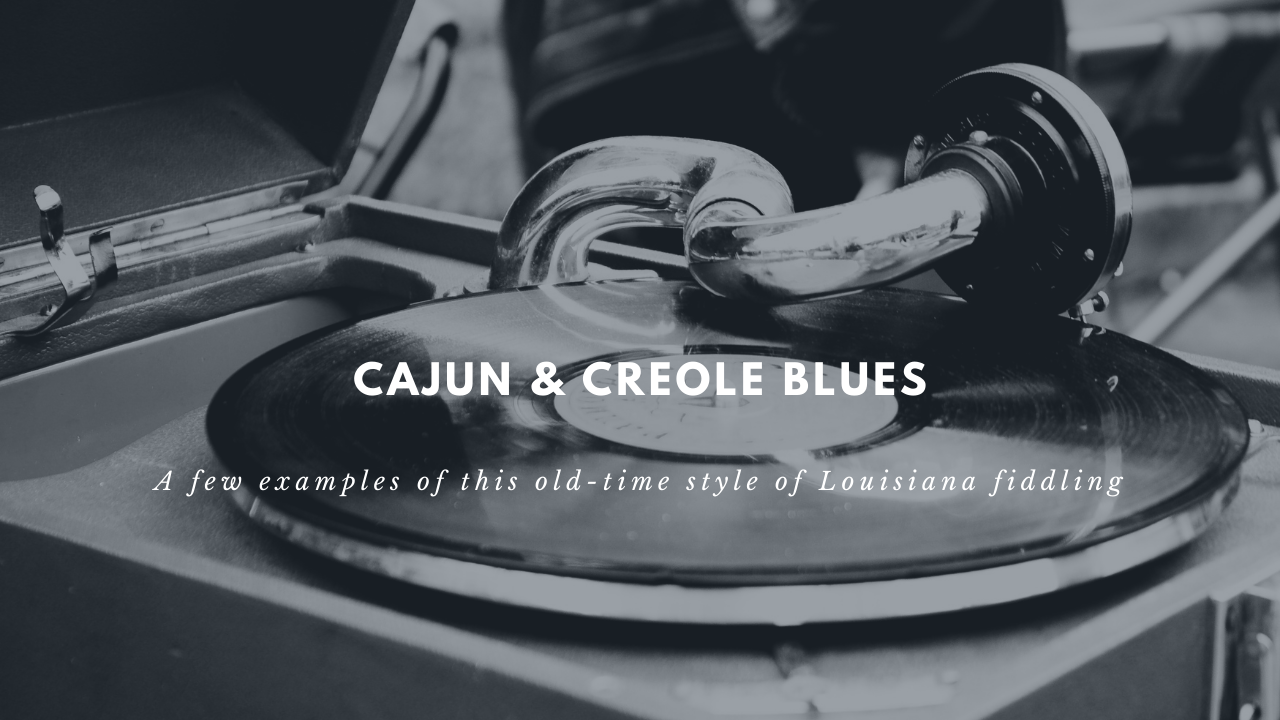 Hi, I’m Mitch Reed…welcome to my vlog! And my vlog this week is on Creole and Cajun blueses. Really old-timey blueses going back to maybe the 1920s, 30s, played by Dennis McGee and by Douglas Bellard, people like that.

So the first one I was going to play was a blues that I heard Dennis McGee play, and it was all about basically what goes on at a Maison des Putain and it’s called You Got to Go See Big Joe If You Want to Go Home. So you better go see Big Joe and give him his money at the end of the day. So I’m just going to play it for you. So it goes like this…[00:46]

Alright! You better go see Big Joe if you want to go home Irene, and yeah! So, that’s how that goes.

So, anyway, a lot of great blueses. Let’s play another one. See this one, I love this one by Moise Robin who played with Mayeuse LaFleur and he also played with Leo Soileau. I’m sorry, not Mayeuse LaFleur, he was an accordion player. Leo Soileau was his fiddle player. But they did this blues and they called it Blues de Neg Français. So it goes like this…[2:56]

Alright! So, one of the people in our culture that really carried the blues along and influenced so many both Cajun, Zydeco, Creole, La La, all that stuff was Clifton Chenier. So this is another great blues by him that I like a lot and he actually recorded this with his uncle who played fiddle. The story was, his uncle hadn’t played fiddle in a long time and Clifton Chenier went to go get him to record on this track. And when he knocked on his door, the uncle was really surprised, he didn’t even have the fiddle anymore. And they got the fiddle and the fiddle had melted, it was in pieces, so they had to glue it together quickly, and the uncle ended up recording that weekend with him. So this is just called Black Gal. So it goes like this…[5:15]

Alright, Black Gal. Okay. So those are some blueses. Just a bunch of different blueses that I like that are really fun to play on the fiddle. Come check out my website, I break a lot of these down, MitchReedMusicLessons.com. Stay inspired, keep on fiddling, that’s the only way, listen to a lot of music. So yeah, today I played the music of Clifton Chenier, Moise Robin, all great artists to listen to for great fiddling, too. So thanks so much for joining me today. Have a fantastic week and hope to see you out there soon. Thanks.