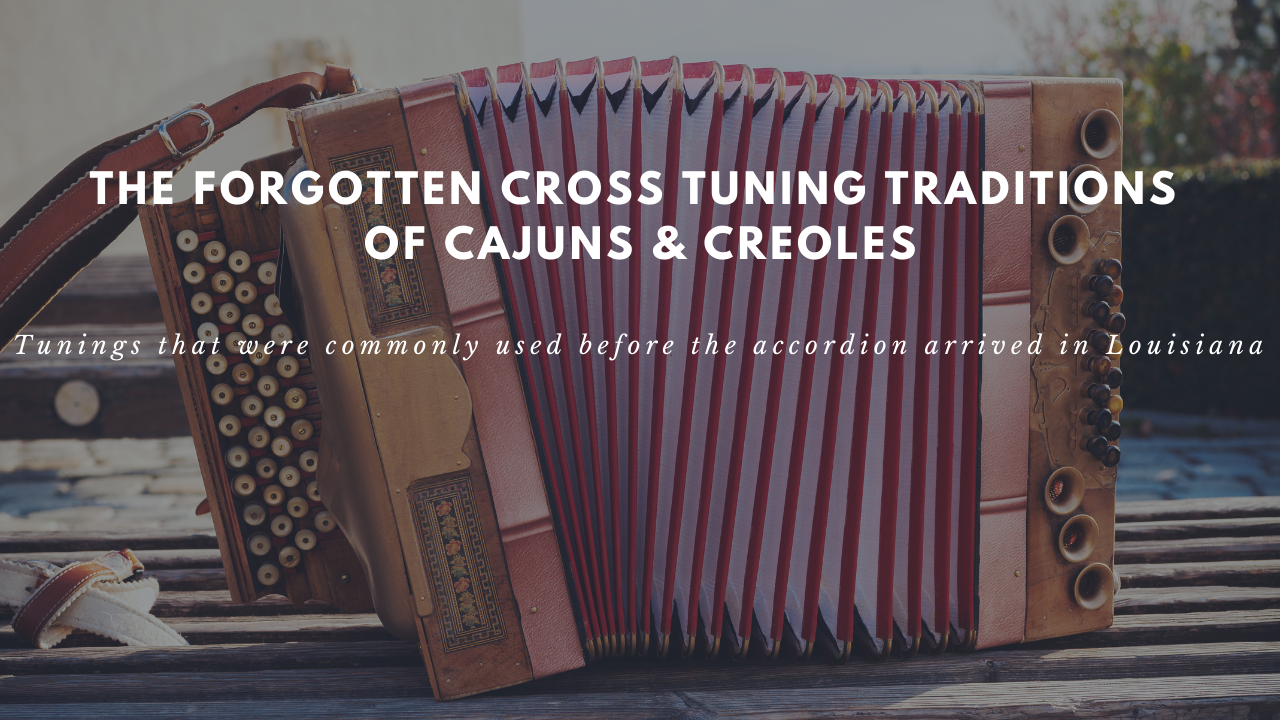 Hi, I’m Mitch Reed…welcome to my vlog! My vlog this week is on cross-tuning, tunes, and players. I just want to talk a little bit about that. It’s a tradition that we used to have down here that we’ve pretty much lost; not quite sure why. Maybe because the fiddle seconds the accordion a lot. But before the accordion came around there were a lot of different tunings for the violin and much like Appalachia, we did the cross tunings.

So Dennis McGee was one of those players, and Bébé Carrière…Now I’d like to maybe just talk a little bit about them and play a tune and the first tune that I was thinking about was a tune that Dennis played called Cotillion which was a type of dance like a reel or a square dance and he tuned his fiddle, so I have it tuned this way, it’s D-G-D-G. So it’s kind of an interesting tuning. And yeah, I’ll play it for you and you can see some of the techniques that I’m doing with the bowing. You can rock your bow a lot when you do this tuning. You catch a lot of open strings. You can also just get strings to resonate on their own just because they are all tuned together. So here we go…[1:17]

Alright! So yeah, again I have it tuned, the E string (the little string) is D, G and then D, G. So the two big strings are up to their normal tuning, and then the two high strings are tuned down and that’s what gives it that effect…[2:50] Alright! This tuning was also used by Creole fiddle players and one of my heroes was Bébé Carrière. He was from Lawtell, Louisiana and he had a tune that he wrote called Blues à Bébé and what’s so nice about it, he plays it in two different octaves. Basically, that’s how it works. So the fingering is the same on both pairs of strings. So it goes like this…[3:17]

So you had both Dennis McGee and Bébé Carrière using this old-time tuning…[5:20]…And there’s a lot of great old-time players that use this. The other one was if you drop the E down, so if I drop it down to, let’s see what that is, a B…Alright! You can…[6:03] Alright!

And then you also had… Dennis McGee had another tune called the Indian Reel. It’s kinda cool…[7:53]

Alright, thanks so much for joining me. I just wanted to play a few cross tuning tunes and talk about that old-time tradition that used to be used in Cajun fiddle. I hope it totally doesn’t die out so that’s why I thought I would do this vlog: to maybe inspire some of you all to try it out and play those tunes.

If you like any of those tunes go to my website or send me a message at MitchReedMusicLessons.com. If you want me to break some of those tunes down, note for note, I can do that…see how many of you all are interested in that stuff. I love playing that stuff and I don’t get to play a whole lot of it.

When you go to jams you usually just tune your fiddle down to Cajun tuning and leave it that way but Dennis McGee and the old-time fiddle players would tune, for different tunes, they would tune differently. So they might play one tune, mess with their fiddle, tune it that way, then the next tune, tune it another way. Takes a lot of patience to do that kind of stuff but I guess that’s how it used to be.

So thanks for joining me. I hope you have a great day, stay inspired, keep on fiddling, and hope to see you out there soon. Thank you.