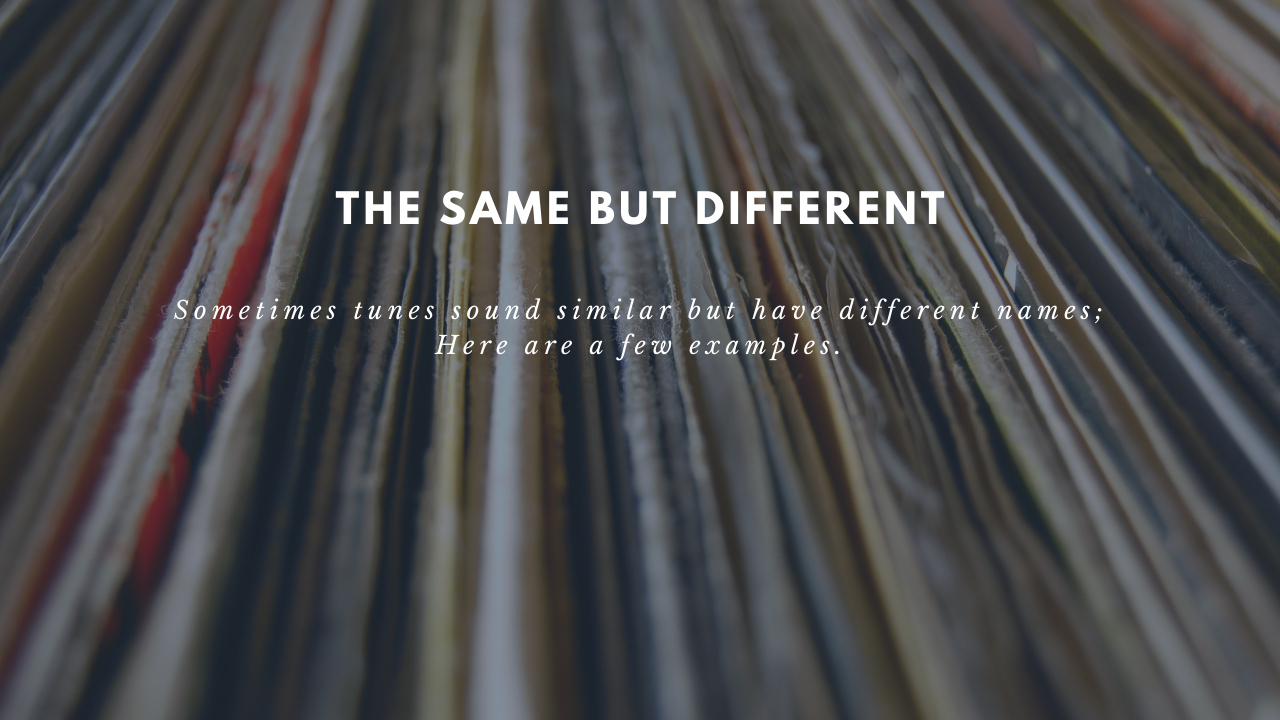 The Same but Different

Hi, I’m Mitch Reed and my vlog this week is on the same tune played differently. So I’m going to start with the tune, this is called the Durald Waltz and it was made famous by Iry LeJeune and then through my good friend Chad Huval. He sent me a version of Wade Frugé playing the same waltz, calling it something different. I can’t remember what it was called, but I thought it would be fun today just to talk about how really there’s a lot of tunes that are played differently by different people.  Sometimes they’re called the same and sometimes they have different names. Sometimes they can be altogether different tunes.

But if just maybe one part of the tune, one phrase or something, is a little different, then I just usually refer to that as a different variation. So it’s pretty much the same tune. I’ve gotten some questions about this so I thought this would be maybe fun to talk a little bit about it. I mean, you kind of just have to use your own common sense with figuring out if a tune is the same even though it has a different name. And then the more familiar you get with Cajun fiddle music and Creole fiddle music though, the better you’ll get at that and the easier it will be.

So we’ll start with this one. This is the Durald Waltz. I’ll play it the way Iry played it then I’ll play Wade Frugé’s version. So this is Iry’s version…[1:38]…

All right. So, it’s a great tune recorded by Iry LeJeune. Just played on fiddle, no accordion at all. So definitely check that out. Usually, when I come across a tune where you hear one version from one person and another version from another musician, I usually think that the one that’s the older version is a tune that has more than one part. So if the tune has an extra part or maybe the popular version only had one part but another version you come across maybe two or three parts, I usually tend to think that the one with multiple parts is older and that what happened along the way is they just forgot some of the parts and they weren’t passed on to play. So that’s just me, that’s my theory.

So I’ll play Wade Frugé version. So we’ll just call this Wade’s Waltz. I think there’s a bunch of Wade’s waltzes but he was a great player from Tasso, Louisiana and I used to go jam with him at his house and always had different sounding versions of what we call standard tunes. But the way he played, he’d always have a part that was very different. So all right. So same thing basically, it’s the Durald Waltz but the way Wade Frugé played it. So…[3:56]

All right. So in that one, Wade played a B-part which is really cool. So you play the low double stop there…[5:19]… The same melody really but just with that double stop kind of giving it a different variation there. So that’s pretty cool. So thanks to Chad Huval I discovered that version of that tune.

So let’s take one more! I’d like to talk about this one…This is a great tune that I always thought was so unique, played by Canray Fontenot, and the only person who at the time was alive, and knew the tune called the Old Carpenter’s Waltz. But then later on, through Michael Doucet, I found out that Dennis McGee had learned an old waltz from Sadie Courville’s family. Sadie Courville’s father and his uncle were great fiddle players and they were known as the Courville Brothers. And they played old contradances and mazurkas way before recording equipment came around, the recording technology of 78s came around. So, all right. So I’m going to play that now. I’ll play the Old Carpenter’s, Canray’s version, and then I’ll play a waltz called the La Valse de Sadia which is the same tune but different. So it goes like this…[6:42]

All right. And then Dennis McGee had a waltz that he learned from the Courville Brothers and they called it La Valse de Sadia, which was Sadie Courville’s sister, and it goes like this…[7:55]…

All right. So that was a little bit harder to hear but, like I said, I learned it from Michael Doucet, and he studied with Sadie and with Dennis and mentioned that one day and I was like, “Oh yeah, okay, I hear that now.” So, pretty cool.

So that one I would guess would be an older version compared to the Old Carpenter’s Waltz, but who knows? So it’s just fun to talk about it and think about it. I guess my point for this vlog is that don’t be surprised when you come across tunes that really are the same tune but called different things. Or, the other scenario is when you might learn a tune from a player, or go jam with a friend or somebody who knows a tune, and maybe learn it from them or whatever, and then a couple of weeks later go jam with somebody else and they play it a little different. And that’s okay. There’s a lot of that out there, it’s kind of fun. It doesn’t mean write a new song, or play a new song, or play it the way you want to play it. You definitely want to learn the melody the right way. But I think it’s just important to just use respected sources of the tunes, whether it be field recordings or records that have come out.

So, thanks so much for joining me today. Keep on fiddling, stay inspired, and hope to see you out there soon. Thank you.