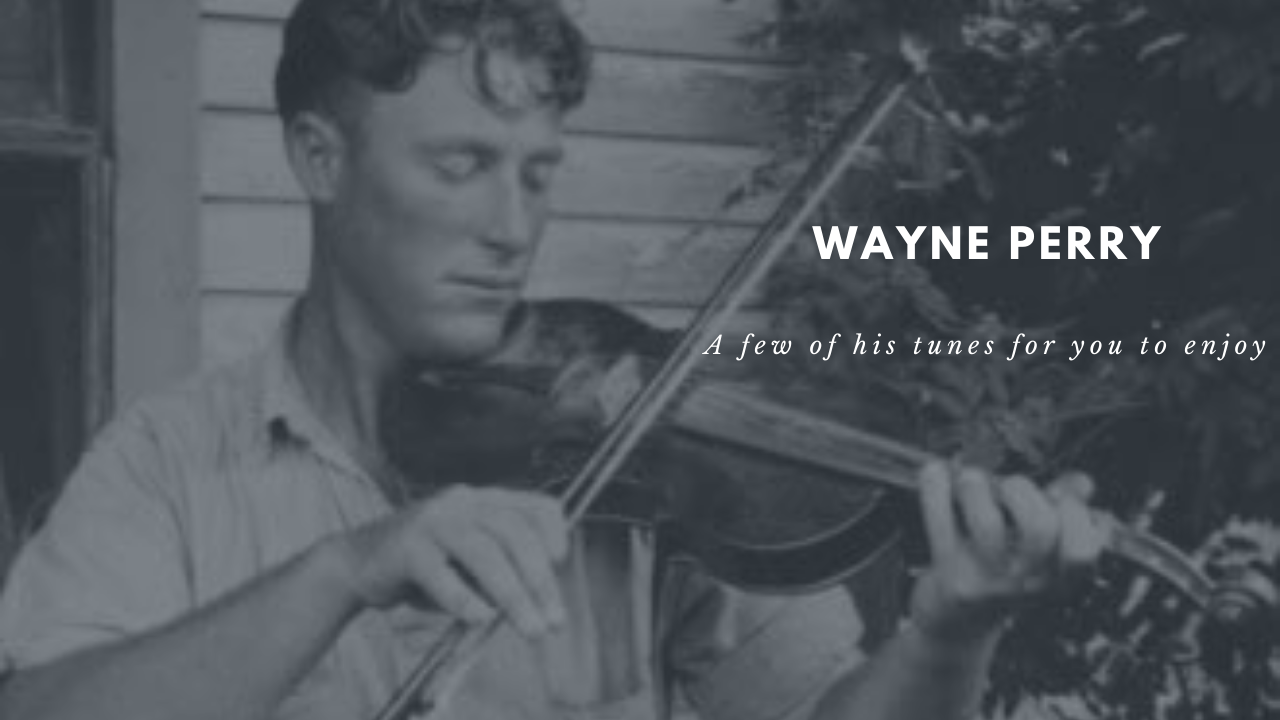 Alright! That was a waltz by Wayne Perry. It was recorded in 1934 in a little bitty community called Indian Bayou which is down the road from here. I live in Scott, Louisiana and if you travel west you run into Duson, and then Rayne and Crowley. Indian Bayou, I believe, was a town just south of Duson. It was a little Scotch-Irish community so a lot of the people from there had names like Perry and Wittington and Clark and not french names or Acadian names.

Wayne Perry had a really interesting style. When he was recorded in 1934 he never was accompanied by another instrument. He just played by himself and not many people know a whole lot about him. I’ve run into a few people that claim to be related to him or be Perry’s from Indian Bayou. His style is really unique and was a great player. He had some really unusual waltzes and played some reels. He influenced people and a lot of bands like BeauSoleil and Steve Riley and the Mamou Playboys. Michael Doucet has some great versions of Wayne Perry’s tunes on the Beau Solo CD and David Grilley has done a great job of re-recording some of Wayne Perry’s music.

I did find some of his actual recordings on YouTube so check it out. I’m going to play a reel and I believe I broke this down. I’m losing track; I have so many tunes on my website but check out my website and the list of tunes I have broken down. Just go to mitchreedmusiclessons.com and if you want to become a member you can join. You can do a day pass and things like that as well but I break down a lot of these old-time tunes. I like old-time Cajun music so let me know, though, if you’re interested in some of the more modern stuff. I love Cajun music and Creole music in general so if you’re interested in some of the more modern tunes, I’ll be glad to talk about those as well.

But I love Wayne Perry’s stuff. I’m going to play this one. A good friend of my Rafe Stefanini recorded this. He was influenced as well by Wayne Perry. Check that out too. It’s on Rafe’s CD called Chickens are Crowin’. It’s on Bob Herring and Rafe Stefanini’s CD as well. Just some good stuff!

Wayne Perry, a Cajun fiddler but definitely a fiddler who had some Appalachian roots of some kind and played like it or maybe just listened to some records of old-timey fiddling. But who knows? The mystery is still out there. If you have any other info on Wayne Perry, let me know. I’d love to know and so would some other fiddlers.

So thanks so much for joining me today. Stay inspired, keep on fiddling, and I’ll see you soon!